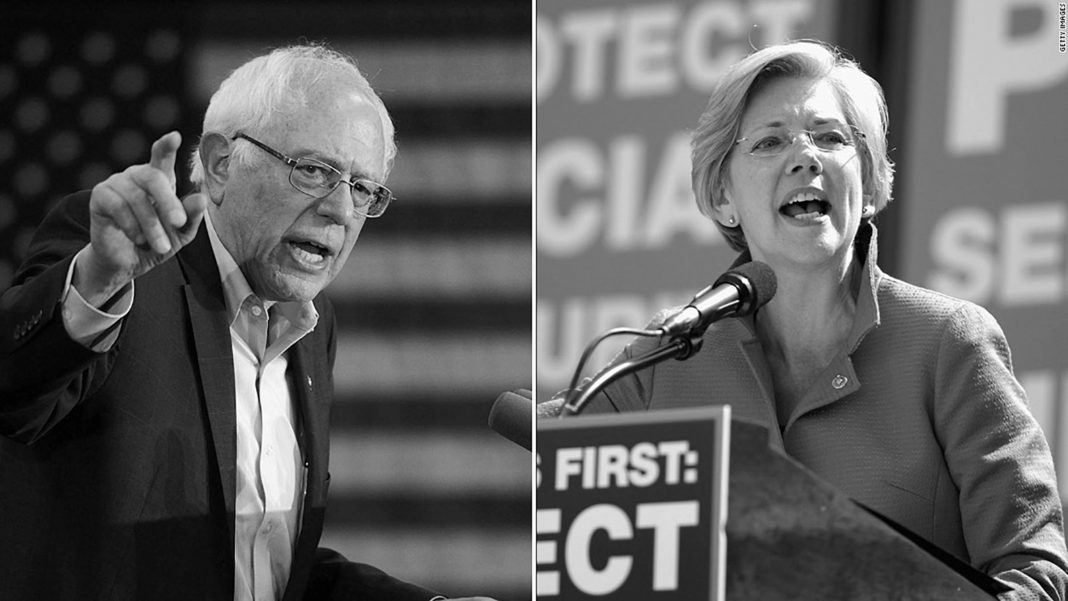 How Far Can Capitalism Be Reformed?

The 2020 presidential election marks a dramatic shift in U.S. politics. The debate in the Democratic Party has increasingly become defined by the ideas and proposals of Bernie Sanders and Elizabeth Warren. In particular, Sanders, along with Alexandria Ocasio Cortez, have popularized “democratic socialism” which now has mass appeal.

According to a recent survey from Axios, four in ten would prefer to live in a socialist country over a capitalist one, and 55 percent of women between 18 and 54 reject capitalism. This reflects the radicalization of significant sections of the population, especially young people, having lived through the aftermath of the 2008 economic collapse. It also reflects the effect of Occupy, BLM and the emerging women’s movement as well as the re-emergence of labor struggle sparked by the teachers’ revolt.

But a rejection of neo-liberal capitalism is not the same as clarity on what socialism would look like. Sanders’ recent speech entitled “How Democratic Socialism Is the Only Way to Defeat Oligarchy” pointed to Franklin Delano Roosevelt’s New Deal as a model. In truth FDR was very clear that his mission during the Great Depression was to save capitalism, not replace it.

Meanwhile, despite sharing much of Sanders’ platform, Elizabeth Warren says that she’s a “capitalist to her bones,” and unlike Bernie she does not call for the kind of mass movements needed to win meaningful change.

An article in the New Republic by Conor Lynch on democratic socialism refers to the adage “it is easier to imagine the end of the world than the end of capitalism.” The “end of the world” is certainly very vivid with looming climate catastrophe but the enormous retreat of class consciousness and working class organization, especially after the collapse of Stalinism in the early ’90s, means that visualizing a socialist society is challenging.

It is not really news that Sanders’ political outlook points more to the reform of capitalism espoused historically by European social democrats than to Marxism. But in today’s context, calling for Medicare for All, tuition free college and forgiveness of student debt, a $15 federal minimum wage, a Green New Deal and linking this, as Sanders does, to building a movement against the billionaire class, is a starting point for discussion about more fundamental change.

A key question is whether Sanders’ program is achievable under capitalism as it exists today. Sanders likes to point out that most of what he’s calling for has been achieved in other advanced capitalist countries. This is true but the period when these gains were achieved was the historically exceptional expansion of capitalism after World War II. Today’s reality is very different.

What Can We Win Under Capitalism?

Contrary to widespread belief, the policies of FDR’s New Deal were not what pulled the U.S. economy out of the Great Depression. The decisive factor in “recovery” was actually the mobilization for World War II. The massive destruction caused by the war then laid the basis for the unprecedented economic expansion of the 1950s and 1960s.

Two other circumstances conditioned the postwar situation and made possible the significant gains won by working people, particularly in Western Europe: the strength of working class organization and the threat of the Soviet Union whose existence, despite the horrible deformation of Stalinism, showed that an economy could be built on a non-capitalist basis.

In previous periods, the working class in many countries built mass organizations that explicitly fought for a socialist transformation of society. Even as these parties moved towards reforming rather than replacing capitalism, they still reflected the mass desire of working people for change.

The gains made by working people depended on the country but included universal health care programs like the National Health Service in Britain as well as national pension systems, free college, free childcare and paid maternity leave. In Western Europe, many of these gains were enshrined into law because of the pressure brought to bear by working class parties. In the U.S., without such a party, less was won through legislation although Social Security was a key gain. However the powerful labor movement after the war negotiated significant employee health and pension benefits on a company by company basis. These gains were more vulnerable.

The deep recession of the mid-1970s marked the beginning of the end of the postwar boom. The capitalists’ profits were squeezed and in order to restore profitability they went on the offensive against the living standards and social benefits of working people. The bosses in the U.S. relentlessly attacked unions. They also moved to increase the power of the big banks and financial markets over the economy. Further growth was then fueled by credit and debt in a way that ensured the growth of the type of bubbles that burst with such devastating effect in 2008.

This anti-working class offensive took a number of forms which can be collectively termed “neoliberalism.” Neoliberal policies were first implemented in the U.S. under Ronald Reagan but the Democrats also adopted a neoliberal position. Bill Clinton famously “ended welfare as we know it.” His administration also ended the Glass-Steagall restrictions on banking, directly contributing to the casino economy that blew up in 2008.

The result was predictable: massive inequality on a scale not seen since the Gilded Age at the end of the 19th century.

The collapse of Stalinist regimes had a further effect in pushing the workers movement into retreat. Capitalism appeared triumphant and many working class political parties, like the social democratic parties in Europe, abandoned any pretense of supporting socialism and backed neoliberal programs.

How Do We Win Reforms Today?

We are now coming out of this period of retreat but capitalism is now even more unstable and crisis prone. The capitalists’ ability to make significant concessions is reduced compared to the postwar period. The only way gains on the scale won after World War II will be won now is if the capitalists are threatened by a mass movement of working people.

It will require rebuilding fighting unions and forging a new political party based on the interests of working people. Even then, gains made today will be more precarious. To make these gains permanent will require bringing the key sectors of the economy into public ownership under democratic workers control; that is to say, beginning the transition to a genuine socialist economy where working people democratically decide society’s priorities.

Despite the limitations to making reforms today, the more farsighted sections of the capitalist class recognize that they will have to change their approach if their system is to survive the next period.

Warren and Sanders aren‘t the only ones calling for more “Keynesian” measures, ie. state investment in the economy to alleviate inequality. The IMF and many serious ruling class economists are warning that such measures are needed to forestall further crisis. There is also a growing ruling class fear that further crisis on the scale of ‘08-’09 could lead to much more serious social upheaval – and could even threaten their control over society.

In his recent speech, Bernie Sanders laid out a vision of a government that will beef up social programs, tax the wealthy, and break up monopolistic corporations. On one level this is not that different from what Warren lays out.

There is no question that Warren’s proposals are bold, thought out and if implemented would represent significant reform. But the key difference between her and Sanders is not this or that proposal – it is that Sanders speaks straight to working people and their interests. He acknowledges that his program will only be won through a mass movement bringing about a “political revolution.” Warren’s plan for achieving her plans? Rational argument and political cleverness! This approach has never changed the position of any ruling class.

Sanders by contrast has raised working people’s sights. The activists who played a critical role in launching the teachers’ revolt last year in West Virginia, Arizona and Oklahoma were all inspired by his 2016 campaign. What keeps the ruling class awake at night is that Sanders’ campaign could play an even bigger role this time in helping to coalesce the forces to rebuild a fighting labor movement and a new political party. Even those sections of the elite who favor the Democrats would rather have Donald Trump win a second term than face a Bernie presidency. It is no accident that the “centrist” Third Way think tank which is rabidly anti-Bernie recently indicated that Warren would be an acceptable “compromise” candidate.

But even though they are using every trick to try to pull Sanders down, he is still defining the Democratic nomination process. As the first round of debates showed, the 2020 candidates are being pushed to support, sometimes kicking and screaming, proposals that Sanders first popularized. This fake progressivism is seen as necessary to block Sanders but as he pointed out in his closing remarks it’s completely hollow: “Nothing will change unless we have the guts to take on Wall Street, the insurance industry, the pharmaceutical industry, the military industrial complex, and the fossil fuel industry. If we don’t have the guts to take them on, we’ll continue to have plans, we’ll continue to have talk, and the rich will get richer, and everybody else will be struggling.”

A Sanders government would come under huge pressure to abandon its program. If it didn’t and went ahead and mobilized working people to force change through, it would face unrelenting resistance from the ruling class. In this situation, the limitations of Sanders’ outlook would have to be overcome. To achieve a Green New Deal for working people, for example, would require taking the big energy companies into public ownership. To address the coming economic downturn would require doing the opposite of what Obama did in 2009 when he bailed out Wall Street; it would mean taking the big banks into public ownership.

This is why we support Bernie Sanders – not because we agree with his definition of democratic socialism but because his program, and especially his class appeal, point in the right direction. The question that must be debated out is how we achieve his program and go beyond it to what is necessary, a socialist transformation of society.