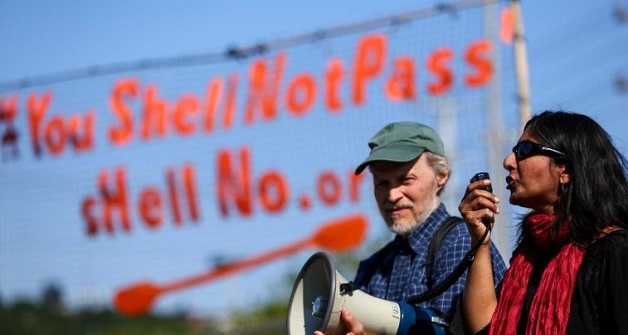 The broad popularity of a Green New Deal in recent polls shows without a doubt that the American public wants their government to take bold and urgent action to combat climate change. So far, every Senate Democrat who has declared a run for president in 2020 has felt compelled to endorse Alexandria Ocasio-Cortez’s Green New Deal proposal. But history has taught us time and time again that for corporate-backed politicians, supporting something on paper and in action are two very different things.

While clearly urgent action is needed on a national and international basis, cities and states can also play a key role in building the movement – just like how Seattle led the way on $15 an hour in 2014, which spread across the country and eventually was embraced by Bernie Sanders. Campaigning to pass elements of a Green New Deal at the local and state level this year can force presidential hopefuls to demonstrate whether they actually support far-reaching action to address climate change or are using it as yet another empty campaign slogan.

That’s why Socialist Alternative and I are fighting for a Green New Deal for working people in Seattle. We can create thousands of family-wage union jobs with a major expansion of mass transit and clean energy to help make Seattle 100% renewable by 2030, paid for by taxing the rich. My campaign is also calling for a major expansion of social housing – permanently affordable, energy efficient, city-owned homes centrally located and near transit lines which can dramatically reduce commutes and emissions. Seattle should use its public utilities to develop wind and solar power to replace non-renewable energy across the entire region. To really avoid climate catastrophe we need to take the big energy corporations nationally into democratic public ownership and retool them for clean energy. The needed rapid shift away from fossil fuels will never happen if we leave the industry in the hands of CEOs and wealthy shareholders.

These would be huge steps that would make Seattle a national leader in environmental policy. Without a doubt, fossil fuel corporations and others are already gearing up to prevent a Green New Deal from becoming a reality by doubling down on donations to their chosen candidates from both establishment parties. Our movement cannot depend for survival on the very forces we are fighting against – that’s why my campaign, like Bernie Sanders’, refuses all corporate cash and instead relies on donations from ordinary working-class people.

ABOUT US
Socialist Alternative is a national organization fighting in our workplaces, communities, and campuses against the exploitation and injustices people face every day. We are community activists fighting against budget cuts in public services; we are activists campaigning for a $15 an hour minimum wage and fighting, democratic unions; we are people of all colors speaking out against racism and attacks on immigrants, students organizing against tuition hikes and war, women and men fighting sexism and homophobia.
Contact us: info@socialistalternative.org
FOLLOW US
© Socialist Alternative 2019 | All rights reserved
72 Shares
Tweet
Share72