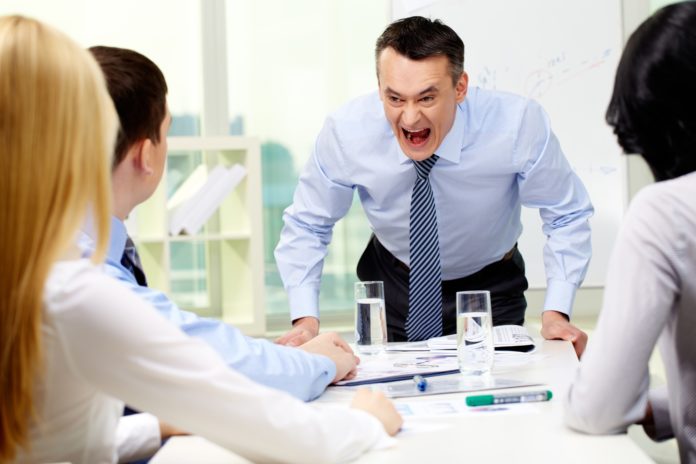 “Welcome to the age of insubordination” says a March Financial Times article. Writer Andrew Hill’s piece reads like a war cry to bosses around the world. Hill warns that what was once simply a kink in the matrix has become common practice: “underlings refusing a direct order.”

Apart from reading like the opus of a Bond-villain, this article provides a window into the palpable fear experienced by the bosses and super rich in an era of growing dissent among working-class people. Using last year’s Google walkouts against sexual harassment as a prime example, he outlines a development that socialists have been celebrating – the growing fightback of working-class people against exploitation and inequality. Hill details the conundrum facing bosses everywhere: the “suggestion box” doesn’t fit all of their workers’ complaints anymore and responding with force to insubordination only provokes greater outrage! What are they to do!

What Hill isn’t concerned with is the conundrum facing workers that may lead to this dissent. Wages so low we can’t afford any sort of emergency. Health-care coverage so barren we wouldn’t dream of going to the hospital unless we risk losing a limb (but who needs both their legs, anyway?). Childcare so expensive we have legitimately no choice but to leave our children home, unattended, and pray for the best. The Financial Times knows its audience – they’re the bosses, whose pockets we line daily with our work.

In what is actually a useful tool for workplace organizers, Hill lists the degrees of dissent and how they build upon one another. On the small to moderate scale are: deflect, disregard, and divert. What Hill charmingly describes as “deviance” can take shape when our boss, who has never actually worked on the floor, gives us instructions that make little to no sense, demonstrating how disconnected they are from the work they “oversee.” Ignoring, passing off, or discussing these instructions with someone else is all “deviance” according to Hill.

One degree up from this on the insubordination ladder is: disrupt. This is detailed as staff misbehaving or work-to-rule, an industrial action where workers do no more than the minimum required by their contract or job description. Hill warns that the real danger in this stage is that insubordination becomes a collective rather than individual response. In other words, the sweet spot where we start to acknowledge that our boss’ incompetence, or rudeness, or theft of our wages, is something best fought together.

The final rung on his ladder is: demonstrate. This is when employees turn to outright protest which, as he describes, “may turn to mutiny” (Wait ‘til he learns what a strike is!).

While this article is billed as having some suggestion on how bosses can “absorb and respond” to dissent, it ends rather with him going into a dead-end-shuffle. Polite staff meetings and workshops won’t do the trick, heavy handed sanctions won’t do the trick, so what are bosses to do – Hill asks – in this era of teachers’ strikes, walkouts against harassment, and growing interest in workplace organizing? While Hill doesn’t end with concrete advice, we have no doubt the bosses will come up with new tools to monitor, manage, discipline and discourage workers from fighting back. We also have no doubt that the working class will in turn find ways to push back and defeat all these stratagems.

Hill’s article ends with an apt observation that will prove inspiring for workers and terrifying for bosses. He writes, “the relationship between workplace power and deviance is ‘an interlocking system’… as more power moves from coaches [bosses] to players [workers], expect that system to come under greater strain.” As working-class people move into struggle in our workplaces, like the Oakland teachers who just finished a historic strike or the McDonald’s workers walking out against sexual harassment on the job, we will not find allies in our bosses or the super rich. We will find nothing from them but obstruction and retaliation. And necessarily, as our workplace power grows so too will our “deviance.” If that deviance is organized, well led, and carried out with the maximum unity of workers globally, it could spell the end of all forms of exploitation, inequality, and oppression.