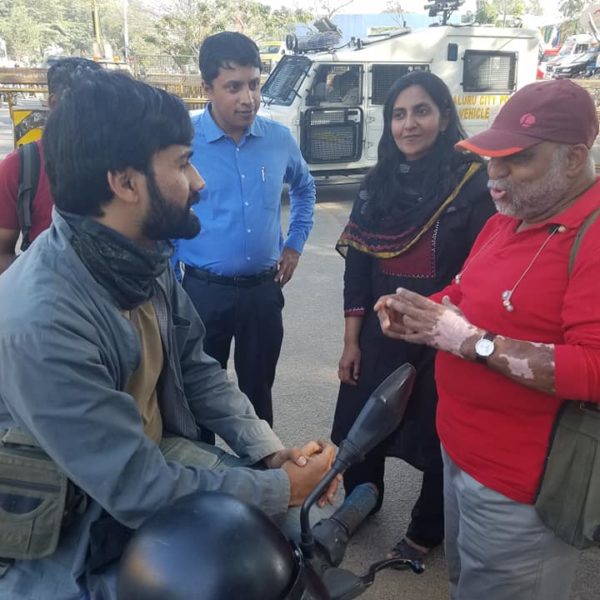 On January 8 and 9 in this new year, the working class of India participated in a massive nationwide general strike. With an estimated 160 to 200 million workers participating, this was likely the largest general strike ever in international history.

The strike action was the result of a united call to action by all of India’s trade union confederations, except for the Bharatiya Mazdoor Sangh associated with the ruling BJP (Bharatiya Janata Party).

The actions in Bengaluru, where I was personally able to attend alongside New Socialist Alternative (CWI-India), were reportedly the largest and the most successful in the nation.

The general strike occurred in the context of brutal poverty and economic inequality that has landed like lashings on the backs of over one-billion working people in the country. With the so-called economic liberalization and privatization since the 1980s, successive capitalist governments in India have worked hand in hand with multinational corporations and a homegrown billionaire class to consolidate untold wealth at the top. Large sections of the population lack sufficient food, basic healthcare, and jobs.

There is also anger among working people at the spike in violence against lower caste people (Dalits) and Muslims under the BJP regime, which has had an orientation towards Hindu fundamentalism and can trace its ideological roots to the right-wing Rashtriya Swayamsevak Sangh (RSS).

“Modi Out” was the sharp and predominant mood among workers at the strike rallies. Anger against Modi peaked in the wake of the disastrous “demonetisation” project in 2016. The demonetisation was intended as a populist measure of “purging” the so-called “black money” of the millionaires and billionaires from the economy. This completely backfired and left the country in chaos. Over 100 working people lost their lives either in endless bank lines waiting desperately to exchange demonetized notes or because demonetised notes were not accepted in hospitals, even in emergency situations.

The January strike was extremely important for the trade union movement, but the timing also reveals some of the weaknesses of the trade union leadership. As our sister organization in India , New Socialist Alternative, has pointed out, the ten to twelve-week period after demonetisation was a critical moment for organizing what could have been an earth-shattering general strike due to the potential for uniting a broad base of working people.

Prominent in the strike rallies in Bengaluru were thousands of women garment workers. We were also struck by how workers from varied religious and caste backgrounds stood and marched united. It was very clear that the workers were open and eager to hear a serious political analysis of the situation and proposals for next steps for the labor movement. It is unfortunate that the trade union leaders did not use the rallies as an opportunity to point the way forward towards the need to continue to get organized with follow-up actions, and the need for independent political organizations for working people. The speakers instead continually beat the drum for voting against Modi and the BJP in the upcoming elections, which unfortunately implies that working people should vote for the Congress party, which has its own long track record of betrayal of the working class.

I was interviewed by local television media at the rallies, and I was able to make the point about the need to build an independent working class socialist political force, and it was clear there was huge openness to our ideas among many young workers there.