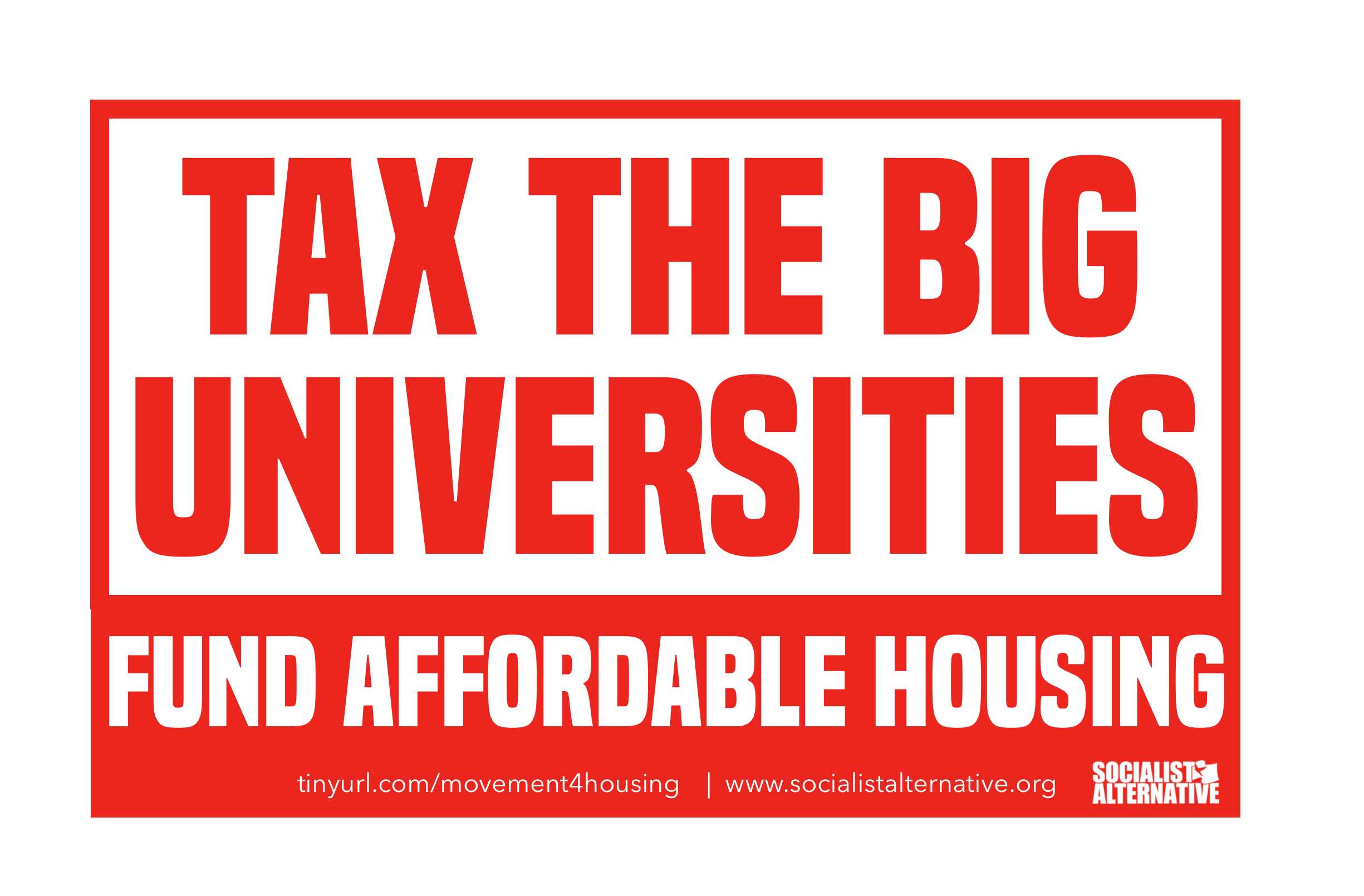 There are 58 universities in the Greater Boston area, 57 of them being private. These private universities, despite being multi-billion dollar institutions, are technically nonprofits and therefore pay nothing in property taxes while working-class Bostonians pay ours every year. Boston set up a program called PILOT, Payment in Lieu of Taxes, whereby they “ask” all the private universities that own $15 million or more in property to make a voluntary payment of 25% of what their property taxes would be to give back to the city.

Although a nice idea, both recent and distant history shows us that politely asking corporate institutions to pay their fair share has never worked. It is only by getting organized to build movements that challenge corporate power that we can successfully beat back increasing inequality, and that includes winning affordable housing for all.

Why Big Universities Should Pay

Big universities are some of the biggest landowners and landlords in Boston. Harvard, for example, owns 650 buildings and BU owns 274. Meanwhile, Harvard paid only 13% of what its property taxes should be, BU paid 19%, and Northeastern paid 6%.

Although technically nonprofits, many of these universities are run just like big corporations. Tuition often exceeds $50,000 per year, putting them out of reach for most Bostonians. They fight viciously against workers when they try to unionize or fight back. Harvard’s endowment is $37 billion making it the richest university in the world and Northeastern’s president makes over $3 million per year, a salary more reflective of a corporate CEO than a leader of a nonprofit.

The big universities are also a leading cause of gentrification in the city. They don’t have enough on-campus dorms and the dorms they do have are far too expensive. Students are forced to look off campus for housing and landlords use this to raise rents in our neighborhoods. Rents and property values go up all around, longtime residents get pushed out, meanwhile the universities’ property taxes remain at $0.

While the big universities and corporations like GE are getting away with paying hardly any taxes, ordinary Boston workers pay more than our fair share. And for what? Our public schools are underfunded and housing is unaffordable. We have the 4th highest median rent in the country for a one-bedroom apartment and more than half of Boston tenants are rent burdened, meaning they pay more than a third of their income in rent.

This article is based on the text of a leaflet Boston SA is distributing at community meetings, rallies, and events across Boston to build the movement for affordable housing.