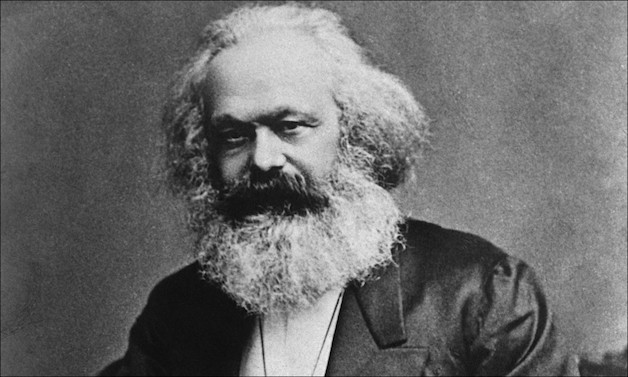 Marxist ideas more relevant than ever

The 200th anniversary of the birth of the great Karl Marx is on 5 May. Marx, together with Friedrich Engels, formulated the ideas of scientific socialism which were to shake the world in the nineteenth century and even more so in the twentieth.

The Russian revolution of October 1917 stood under the signboard of Marx’s ideas. The Russian Bolshevik party – the greatest and most effectively democratic mass party in history – under the leadership of Lenin and Trotsky, the leading disciples of Marx, led the workers and peasants of Russia in the ‘ten days that shook the world’.

A wave of revolutions resulted from the example of the Russian revolution, particularly in Europe. These had a profound effect on the US and provoked mass upheavals and revolutions in Asia.

For this alone, the birth of Marx deserves to be celebrated worldwide. Instead, we are likely to be treated by most of the pro-capitalist commentators to a colossal distortion of the real ideas of Marx.

At the very least, an army of university professors and commentators without any real understanding of Marx’s ideas are likely to be paraded in front of the TV and the rest of the media offering up a caricatured, gross underestimate of Marx’s real ideas.

They will claim that Marx was wrong, in his general philosophical and economic ideas and in his predictions for the future. Nothing could be further from the truth.

Marxism – scientific socialism – represented the highest level of thought within society at the time when Marx formulated his ideas in the middle of the nineteenth century. It combined German philosophy with British political economy and French socialism.

Marx and Engels rescued ‘dialectics’ – the method of thought which seeks to understand the all-sided character of phenomena, first enunciated by the ancient Greeks – by refuting the German philosopher Georg Hegel’s idealism. They “turned Hegel upside down” and put him “from standing on his head firmly back on his feet”.

Hegel viewed the evolution of nature, humankind and social relations as based on the development of ideas. But Marx and Engels argued that ideas and consciousness are expressions of material forces, which are the driving impulse of history. Their ideas are either consciously or unconsciously accepted by most conscientious analysts today.

For instance, former US president Bill Clinton famously if crudely declared in 1992: “It’s the economy, stupid”, which ultimately determines the march of events; in his case the outcome of the presidential election.

But it was Marx and Engels who first argued that the economy is the ultimate determinant of the “political superstructure”, the state, politics, etc. Today, this is almost taken for granted.

But this did not mean that Marx had a crude determinist position. On the contrary, he and Engels analysed how the state – part of the political superstructure – both had an effect on and is, in turn, affected by the development of economic processes.

Capitalist commentators, while sometimes conceding a certain historic relevance of Marx and Engels, in their legions rushed to argue that ‘Marxism’ and its associated idea of socialism and the planned democratic economy were buried under the rubble of the Berlin Wall.

The collapse of the Stalinist regimes in eastern Europe, and with them their planned economies, albeit managed bureaucratically, resulted in unbridled capitalist triumphalism. Margaret Thatcher and Ronald Reagan on behalf of the capitalists boasted “the lesson of the 1980s is that socialism has failed”.

The former USSR plunged into an economic abyss, which exceeded the collapse in the USA following the 1929-33 slump.

But it wasn’t long before even the capitalists themselves began to ponder the contradictions of their own system. One of them, John Cassidy, prompted by a banker friend, delved into Marx’s writings, including the Communist Manifesto.

His comments made in the mid-1990s were very revealing: “The longer I spend on Wall Street, the more convinced I am that Marx was right.” His friend commented: “I’m absolutely convinced that Marx’s approach is the best way to look at capitalism.”

They did not resort to the usual demagogy and ignorance of many capitalist writers in linking Stalinism to Marx’s ideas: “Marx’s legacy has been obscured by the failure of communism [Stalinism].”

Mark Carney, governor of the Bank of England, recently made the same point, saying that the automation of millions of jobs could lead to mass unemployment, wage stagnation and the growth of communism within a generation. He warned “Marx and Engels may again become relevant.”

Cassidy goes on to confess that Marx “wrote riveting passages about globalisation, inequality, political corruption, monopolisation, technical progress, the decline of high culture, and the enervating nature of modern existence – issues that economists are now confronting anew, sometimes without realising that they are walking in Marx’s footsteps.”

Using Marx’s methods, we were able to predict the inevitability of a recession or slump – that was not evident at the time that these remarks were made by supporters of the system in the early 1990s.

We wrote in Socialism Today: “A serious recession or slump would inevitably result in the introduction of protectionist measures by the different national capitalists.” Is this not what the tendency has been in the aftermath of the devastating world economic crisis of 2007-08?

And Trump is putting into practice this perspective through his trade sanctions against China and other countries, which have provoked counter-measures against the US. The ruling class worldwide is afraid of a new tit-for-tat trade war along the lines of the Smoot-Hawley Act of the 1930s, which enormously aggravated the depth and the length of the depression.

Marx, in many of his writings, attacks capitalism for retarding the development of industry, science and technique, the productive forces. At the time when he was writing – the nineteenth century – capitalism was still playing a relatively progressive role in taking society forward, economically at least.

It was relatively reactionary. But it became absolutely reactionary only with the onset of the World War One, which was an expression of the fact that the productive forces had outgrown the narrow limits of the nation state.

It is true that capitalism has experienced spectacular structural growth at certain times since then, for instance in the period between 1950 and 1973. But this was a unique and special development, largely determined by the destruction caused by World War Two and the opening of new markets to world capitalism.

However, that period was followed by a depressionary phase in which booms like that of the 1980s were lopsided, the relative position of the working class declined, as did the living standards of the peoples of Africa, Latin America and large parts of Asia. The growth rates of the 1980s were far inferior, as was the rate of investment back into industry compared to the 1950-73 upswing.

However, even this scenario – which allowed working people to get a few crumbs off the very rich table of capitalism – came shuddering to a halt with the onset of the devastating crisis of 2007-08.

Before this, each of the alleged basic ideas of Marx was dissected and maliciously distorted by capitalist economists and commentators.

One of the alleged ‘myths’ of Marx was the so-called “theory of increasing misery”. Marx did not advance such an idea, particularly in the simplistic and therefore erroneous way in which his critics presented it.

He was well aware that there were periods when the working class was able to extract concessions, and important ones, from the capitalists.

But even in these periods, superficial appearances disguise the fact that often the share of the working class of national income actually declined. In other words, there was a relative decline of the working masses’ standards of living.

Moreover, with the return of malnutrition – starvation on the streets of Britain and the rest of the capitalist world, symbolised by the relentless increase of food banks – has not Marx’s prediction of “increasing misery” become a reality in the ‘modern’ world?

Following the onset of the crisis the real living standards of the working class – it is hardly even necessary to argue this point today – not just in the neocolonial world but in the US, Europe and Japan have stagnated and declined.

Moreover, the ‘inequality gap’ – the massive abyss between rich and poor – has everywhere grown exponentially.

As the Independent points out: “Just nine of the world’s richest men have more combined wealth than the poorest 4 billion people.” Previously, we used to say that they could fit into a London bus. Now, they could get into a minibus!

The same journal points out: “If these top billionaires continue to see returns on their wealth, we could see the world’s first trillionaire in as little as 25 years.”

There are currently over 1,500 billionaires in the world, with more than 560 in the US alone. China, Germany and India each have 100 or more billionaires.

These are the ‘Masters of the Universe’ who hold the fate of humankind in their hands, as Karl Marx brilliantly predicted. But not even Marx thought the concentration of wealth would be taken to such an extent as it has.

He believed that long before we reached this situation the working class would have taken power and capitalism would have been replaced by socialism. Glaring inequality, matched by terrible and worsening worldwide poverty, let alone a world scarred by unending war, would have been a thing of the past.

The fact that this did not happen is entirely down to the failure of the leadership of the official labour movement who again and again remained within the framework of a rotten system rather than mobilising working people as Marx advocated in a mass movement to establish a socialist world.

When Marx died and was buried in Highgate Cemetery with just eleven people present at his funeral, his great friend and collaborator Friedrich Engels declared: “His name will live on forever.” So it will, particularly if we follow his ideas and realise the goals he stood for of a socialist Britain linked to a socialist confederation of Europe and the world.