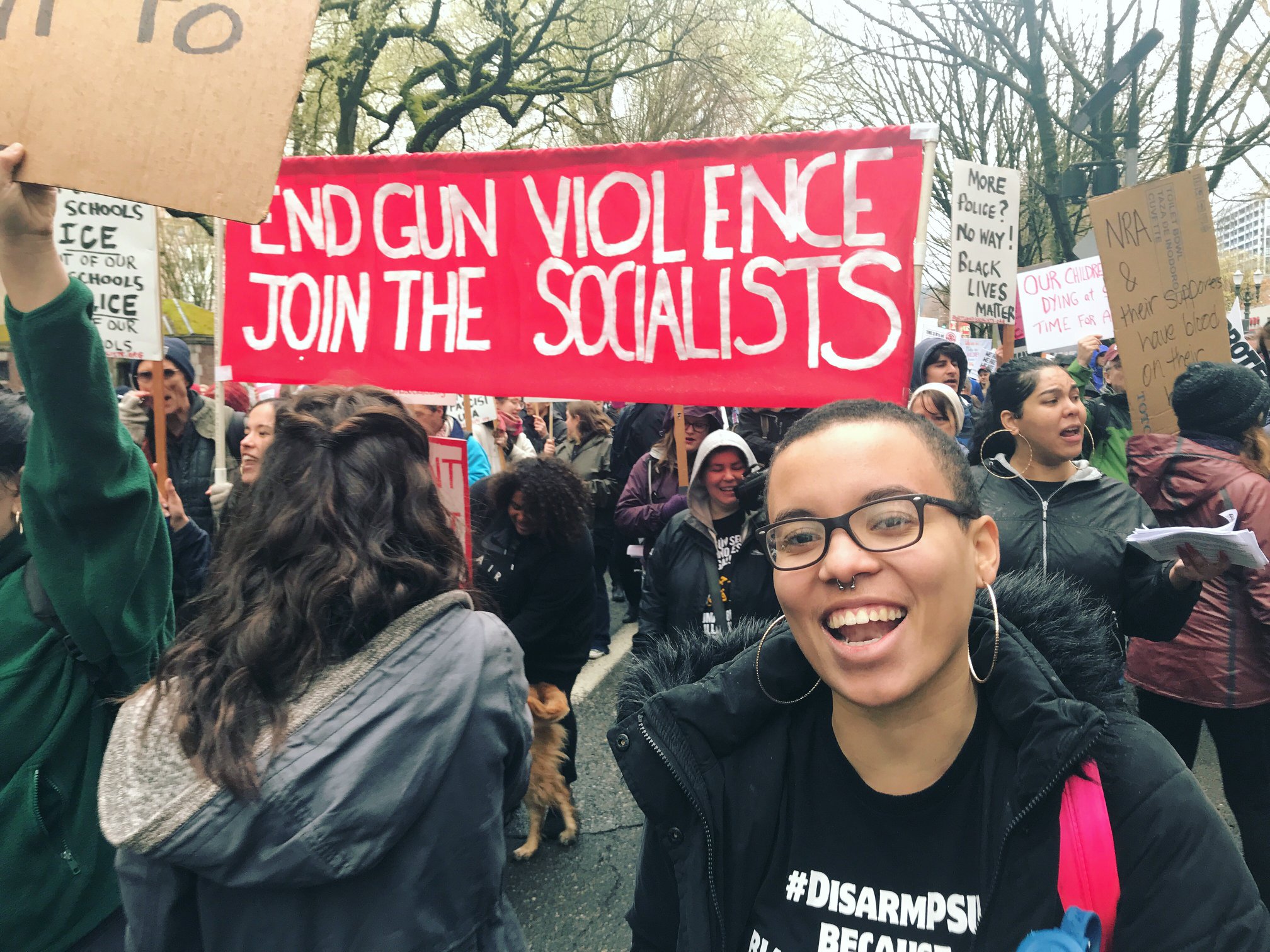 In the past two months, millions of students have participated in walkouts and demonstrations against gun violence in the U.S., most notably the biggest student walkouts since the 1960s on March 14 and the massive March for Our Lives on March 24. This movement, sparked by the massacre at Stoneman Douglas High School, took sharp aim at the NRA and the politicians it bankrolls. What started out as student survivors in Florida speaking out against Congress’ inaction on gun control turned into a mass youth revolt. Through this, the students have pushed dozens of corporations to sever ties with the NRA and state legislatures in a number of states have scrambled to pass basic gun control or strengthen existing measures.

A key feature of this movement is that it has been organized around a set of clear demands. The students called for – among other things – universal background checks, banning the sale of assault rifles, raising the age to buy a firearm to 21, and funding for mental health counseling in schools. These demands are an excellent starting point, however they also pose the question: What comprehensive program can end violence in society that extends beyond mass shootings? As the movement has developed, debate has also naturally developed around this and related questions.

One debate was sparked by a widely read manifesto by the editorial staff of the Eagle Eye, the school newspaper at Stoneman Douglas High School, published in The Guardian which outlined a comprehensive list of demands that they said would halt mass shootings.

Some of these demands echoed the broad demands of the movement mentioned above. However, this manifesto went further by calling for strengthening the role of law enforcement in schools, including changing privacy laws to allow law enforcement to communicate more readily with mental health care providers and increased funding for school security.

On the other hand, a number of black students at Parkland came out publicly to say that an increased police presence on their campus after the massacre had left them feeling more in danger given the epidemic of police shootings of young black men and women. One student said, “It’s bad enough we have to return with clear backpacks, should we also return with our hands up?”

While we disagree with this aspect of the Eagle Eye manifesto we should be clear that it does not reflect the thinking of the more radical wing of the movement exemplified by Emma Gonzalez and David Hogg. They are very focused on bringing out the different experience of black youth in regards to gun violence especially in inner city areas where there are no mass school shootings but conditions are actually more dangerous. One of the most noteworthy features of the walkouts in fact was how students in many inner city schools came out in solidarity with the Parkland survivors but also correctly told their story.

While we understand why a section of Parkland students, and those affected by mass shootings more broadly, would feel that an armed presence on school campuses is a necessary defense, we are opposed to the further militarization of schools. In recent years, there has been growing criticism of the growing presence armed “school resource officers” in schools around the country. Their role has little to do with keeping students safe from outside threats and more to do with maintaining punitive “discipline codes” that disproportionately affect black and brown students.

The public funding that would go toward increasing police presence in schools or hiring armed “school resource officers” should be spent on wrap-around social work and counseling services as well as after-school and extracurricular programs to enable students to develop intellectually and emotionally on the healthiest basis. Schools should have democratically elected committees to ensure the safety and wellbeing of all employees, students, and parents. These committees should have a controlling oversight over all measures pertaining to health and safety, and the power to decide what physical measures are needed to protect both students and staff.

A major theme across the movement has been the call to vote out the rotten politicians, mostly Republicans, who’ve been vociferously opposed to any gun control measures throughout their political tenure. While we fully agree with the need to throw out the Republicans and their corporate backers, the question we need to answer is: Who should replace them?

The Democratic Party, a party bankrolled by the predatory banks on Wall Street and massive pharmaceutical corporations, are not reliable allies in the fight against systemic violence in our society. The Democrats like to talk about gun control and opposing the NRA but their record of accomplishing anything on this front is fairly pathetic.

Just months ago the Democratic Party sold out young people when they cowered away from a fight to defend Dreamers. While they temporarily shut down the government over the question of DACA, only days later they agreed to end the shut down on only a promise from Mitch McConnell that he would at some point address immigration. The budget negotiations came and went, and Dreamer youth – though temporarily protected by the decision of a Federal Judge in California – still face the threat of deportation with no permanent protection for them or their families.

In order to win the demands of the student movement against gun violence, we certainly need to drive out the NRA-funded Republicans. The movement needs real fighting allies in the halls of power. However, we believe the most reliable allies will be those who draw their strength from social movements and are unapologetically independent from big business and corporate money. We believe that the most effective way to “vote them out” and continue the movement to end gun violence is by running independent, working-class candidates who stand for not only basic gun control measures, but a broader program to address the poverty, inequality, alienation, and despair that plagues capitalist society.

A Program to End Violence

While we understand the many legitimate reasons people would want to own a gun and defend their right to do so, the recent mass shootings and the terror they bring show that the prevalence of guns in the U.S. is not a positive thing for the vast majority of people.

We support basic gun control demands like many of those being raised by the students leading this movement but we do not in any way see that as a fundamental solution to the many forms of gun violence.

The U.S. is wracked by social crisis and inequality as the super rich continue to get richer. Meanwhile the rest of society faces stagnant wages, lack of access to high quality health care, the disappearance of affordable housing, and crushing debt. It is also a society where violence is widely glorified. This is no accident. You cannot separate the crisis of gun violence from the relentless violence promoted by the ruling class abroad in endless wars to protect corporate profits and at home to enforce segregation and crush any serious opposition to its rule.

Our solution must extend far beyond gun control to include the demilitarization of the police and public schools; full funding for social service programs in schools including music, art, and libraries; a $15 minimum wage and other anti-poverty measures; socialized health care; and a massive jobs program. We also need a growth of solidarity and social struggle to fight for a decent society. This is what will really begin to overcome alienation and what the endlessly violent ruling class of this country fears most.