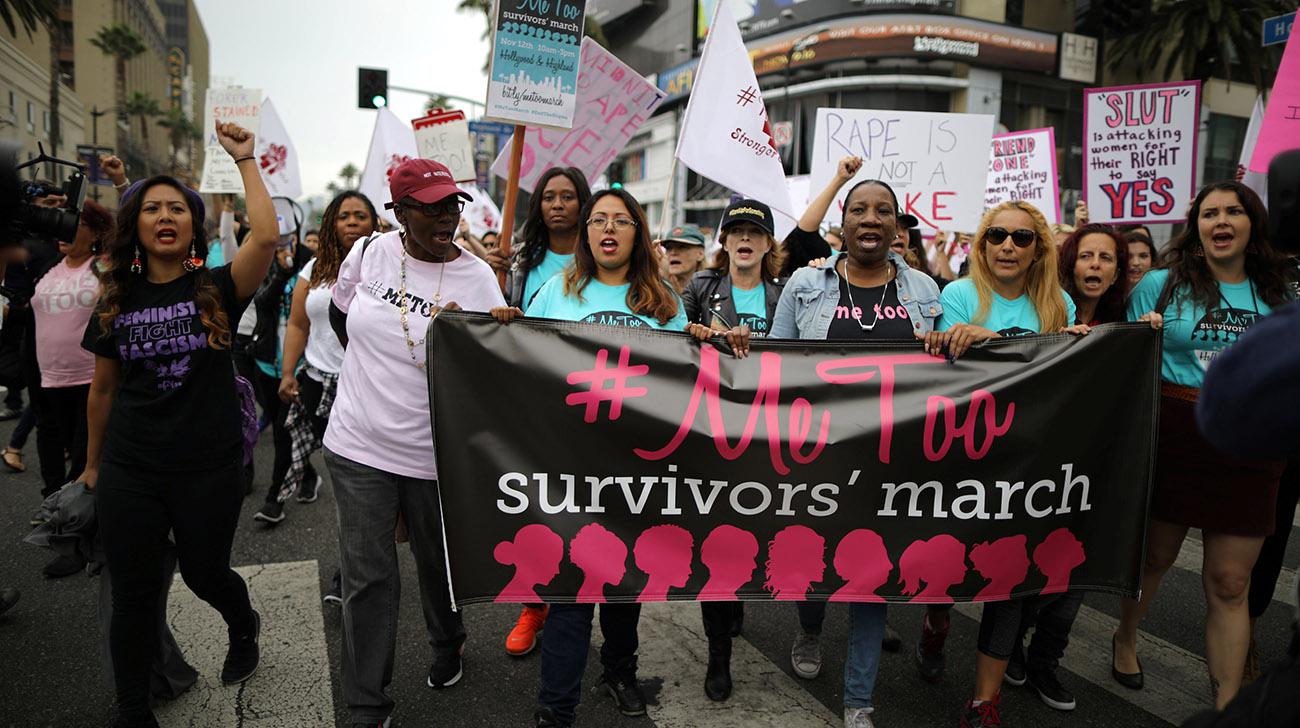 Just a few months ago, detailed allegations of Harvey Weinstein’s sexual harassment first broke into the mainstream media. Courageous actresses took a stand against a powerful figure within a multi-billion dollar industry that normalizes sexism. This has sparked a new phase of a growing women’s movement which began with the explosive reaction to Trump’s election.

Even while #MeToo remains a primarily internet-driven mass discussion, its power has rocked the globe. A whole series of men in media and politics have been exposed, and many forced to resign. The Washington Post reports that the last time this many congressmen were driven from office was during the Civil War.

Even before the anti-Trump protests that kicked off 2017, there has been a steady flow of resistance from women to their abuse under capitalism. The Slutwalks, Carry That Weight, and #YesAllWomen all showed that young women are ready to fight back against sexism and abuse. These movements, as well as #MeToo, are part of an international revolt by women from Latin America to Eastern Europe.

Fighting Our Own Weinsteins

In the face of a seemingly endless flood of accusations, women worldwide are talking to their friends, families, and co-workers about their own experiences. The #MeToo collective uprising has already had a profound impact on society and politics, bringing front and center the need to stop sexual harassment in the workplace.

But it has opened another question: What about the tens of millions of women whose bosses and harassers are not famous people? What are we to do?

Sexual harassment in the workplace is widespread, underreported, and, in too many cases, results in retaliation against the victim. Women who come forward against harassment on the job are told to look to Human Resources or other internal company routes. Yet HR departments answer to the very companies that face liability. The choice for many women boils down to losing their jobs or enduring abuse.

Taking matters outside of company mediation means looking to a court system that has systematically failed women. The vast majority of workplace discrimination lawsuits – which includes sexual harassment – are dismissed by the courts. In fact, a study from the University of Cincinnati reported that only 4% of these suits result in awarding damages to the victim.

The federal agency that is supposed to deal with harassment complaints, the Equal Employment Opportunity Commission (EEOC), is toothless. A new system needs to be set up where every workplace has a complaints officer, federally protected from employer retaliation; that complaints officer should be democratically elected and appointed by the workforce. The legal framework also needs to be radically overhauled. Among other things, a new system must void clauses in employee contracts that require mandatory company-run arbitration for complaints, meaning victims can’t go to court. It is estimated that more than half of American workers can’t take harassment claims to court because of these clauses. Of course the only guarantee that a new agency would also not become toothless is a mobilized and active workforce refusing to return to the past. This kind of serious approach to reform will be met with ferocious resistance from corporate America and will require a massive push from below.

Bringing #MeToo into the Streets

The most notorious sexual predator in the U.S. sits in the White House. The majority of Americans now believe Trump should resign because of the growing allegations of sexual harassment against him. The #MeToo campaign has a crucial role to play in the overall fight to drive Trump’s hateful administration out of office. This can be made concrete with massive #MeToo contingents at protests that have been called for January 20 – the one year anniversary of Trump’s presidency – as well as on International Women’s Day.

While the Republican Party pushes the brunt of legislation attacking women’s rights, claims of sexual harassment and assault have rocked both parties. Key figures in the Democratic Party seem to be determined to get on the right side of this issue after years of looking the other way. But is it enough to run a slate of candidates in the 2018 midterm election who do not have sexual harassment allegations against them? The real question is, what will the Democratic Party do to fight for the millions of women who do not have famous abusers? Are they prepared to take on entrenched corporate power that stands in the way of making meaningful change in our workplaces?

Unfortunately, there is little basis for confidence and plenty of history showing Democratic Party opposition to any serious threat to corporate power.

Already we’ve seen the defeat of predator Roy Moore in the Alabama Senate race, which represented both a rejection of Trump’s agenda and of sexual abuse. It was also the first time a Democrat won a Senate seat in Alabama in 25 years. But after defeating Moore, Democrat Doug Jones promptly went on CNN and stated that Trump should not resign because of his history of harassing and assaulting women – outrageously claiming that people need to “move on” rather than fight back.

#MeToo has harnessed enough power to demand major legal changes for women’s rights and workplace protections. This would be a pivotal next step, but the pandemic level of harassment shows we need to go further. We need to build a collective force in our workplaces that pushes back against harassment and bullying in all forms, against low pay and terrible working conditions. These conditions affect women workers disproportionately, but also millions of people of all genders.

Uniting around collective action that would shut down workplaces when sexual harassment is rampant would transform #MeToo into a monumental force for change. We can take inspiration from the struggles of working women in the past. In the 1830s in Lowell, Massachusetts, teenage girls working in textile mills, faced with pay cuts as well as sexual harassment and assault on the job, went on strike. This was the first female led labor struggle in American history, long before women even had the right to vote. These are the kind of steps we should look to today, and speak to the urgent need for a re-built labor movement that stands unabashedly on the side of all workers.

#MeToo could initiate a turning point in society with a more decisive rejection of sexual harassment, assault, and violence against women. However, it will require taking the palpable level of outrage and developing it into an organized movement on the ground and in our workplaces to win lasting changes in women’s lives.

A new chapter in the fight for women’s rights could be opened up through the courage that #MeToo has inspired. Yet history shows that our gains will be under constant attack. Socialists believe that to truly end the structural sexism which allows our bosses to harass us, we have to simultaneously fight the root cause: capitalism. We can create a new system and society which ends predatory capitalism, and is democratically run in the interests of all working people.