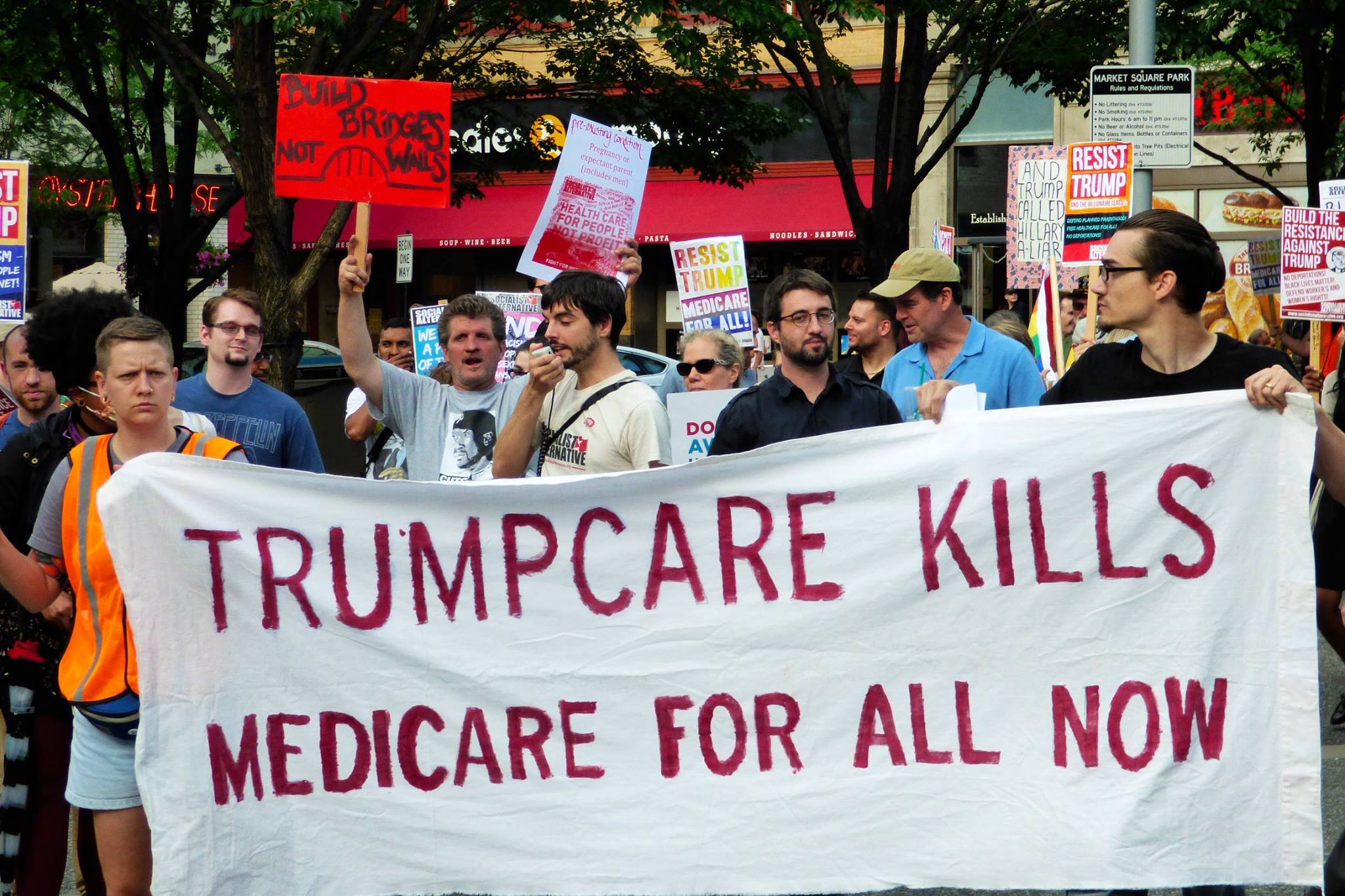 On July 6, Socialist Alternative joined forces with the Democratic Socialists of America (DSA), Put People First and other activists in protesting outside of U.S. Senator Pat Toomey’s office in downtown Pittsburgh. Steve C. of Socialist Alternative gave a speech denouncing the new healthcare bill and called for building a mass movement to defeat Trumpcare once-and-for-all and demanding to tax the rich to pay for a Medicare for All system that can guarantee quality health care for all working people, the poor, the elderly and the disabled.

On July 14, Socialist Alternative Pittsburgh organized a sit-in at Pennsylvania Republican Senator Pat Toomey’s office, a rally in downtown Pittsburgh, and a march back to Toomey’s office for a speak out.

The rally later in the evening had speakers representing the the Fight for 15, the disabled community, black and trans communities, a home care worker from the DSA, as well as from Socialist Alternative.

The march was met with overwhelming enthusiasm from the people in downtown Pittsburgh, with people who came off the sidewalks and, at least one, who parked their car and joined us!

Toomey has supported Trump’s right wing agenda from the start and until recently, under pressure from Governor Tom Wolf, who is under tremendous pressure from working people to reject the draconian Trumpcare, has supported slashing Medicaid and rolling back Obamacare.  Toomey has a vast and reprehensible record of backing attacks on working people and the poor while enthusiastically supporting tax cuts for the rich and big business.