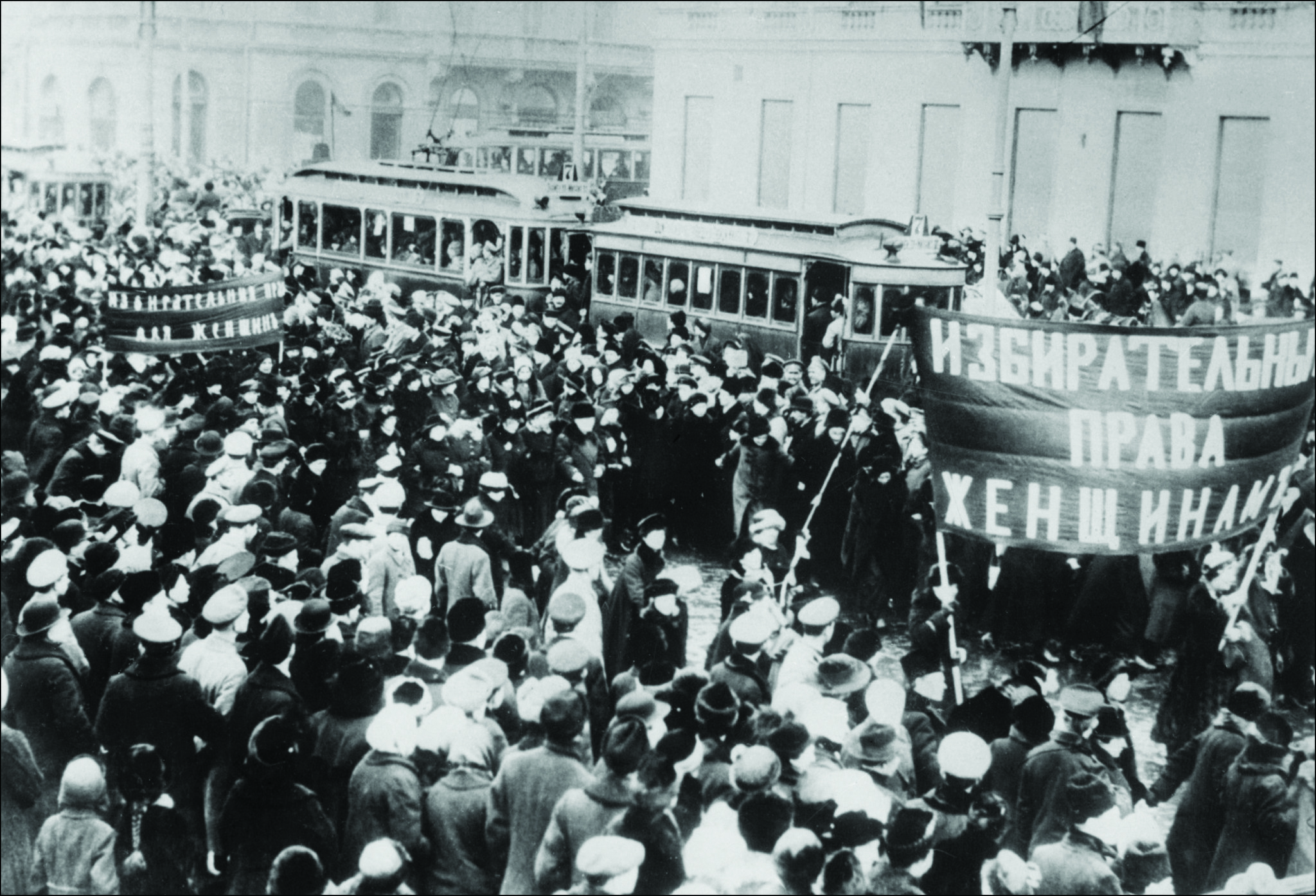 Adapted from an article published by the Socialist Party, Ireland

No other event in history has been more distorted by the capitalist establishment than the Russian Revolution. In most narratives, the role of women is scarcely mentioned, and the massive gains for women won through the revolution even less so.

The overthrow of capitalism and landlordism by the Bolshevik Party and the Russian working class in 1917 spurred a radical progressive change in society, the likes of which have not been seen before or since.

The Bolsheviks, while stressing the role of the working class as a whole in changing society, recognized that women suffered a double oppression that was rooted in capitalism and rural patriarchy. They saw the liberation of women as pivotal to the fight for a socialist society. Lenin declared that “the proletarian cannot achieve liberty until it has won complete liberty for women.” Women played leading roles in the Bolshevik Party, and the impact of the revolution transformed the consciousness and lives of working-class women on a broad scale.

Women and the February Revolution

Tens of thousands of women took to the streets on February 23, 1917, in the events that triggered the February Revolution. The protest erupted on International Women’s Day, and Bolshevik women were central in building it.

“The women were in a very militant mood – not only the women workers, but the masses of women queuing for bread and kerosene. They held political meetings, they dominated the streets, they moved to the city duma [council] with a demand for bread, they stopped trams. ‘Comrades, come out!’ they shouted enthusiastically. They went to factories and plants and summoned workers to down tools,” wrote Anna and Mariia Ul’ianov in Pravda on March 5, 1917.

Most Progressive Laws in History

In December 1917, just seven weeks after forming the world’s first workers’ state in the October Revolution, divorce was legalized and made easily accessible. Shortly thereafter, legal equality for women was enshrined in law and the “illegitimacy” of children born outside of marriage was abolished.

From its earliest days, the Bolsheviks argued for equality for women, but the keystone was seen as freeing women from enslavement in the traditional family. Before the revolution, a woman’s life was strictly mapped out: get married, be monogamous, have children, and be tied to “the eternal drudgery of the kitchen and the nursery.” The Bolsheviks immediately set about challenging this and, with it, the role of the Russian Orthodox Church and patriarchy.

The revolution began to implement plans for a system of social care that included maternity houses, clinics, schools, crèches and kindergartens, social dining rooms and laundries, all aimed to relieve women from the constraints of the home. Paid maternity leave both before and after birth was introduced for women workers, and access to nursing rooms in workplaces to allow breastfeeding, with breaks every three hours for new mothers, were written into employment laws.

Abortion was legalized and made free in 1920, and was described by Leon Trotsky as being one of a woman’s “most important civil, political and cultural rights.”

A Women’s Bureau was established with the aim to reach out to women, bring them into political activity and education, and inform them of their new rights. It ran literary classes, political discussions, and workshops on how to organize facilities needed in the workplace, such as day care centers. It was successful in raising consciousness on a range of issues, including child-care, housing, and public health and it broadened the horizons of thousands of women.

Throughout the post-revolutionary period, the Bolsheviks ensured there was wide and fee ranging debate on sexuality – a sea change from the previous regime.
Many completely changed how they approached relationships. In 1921, a survey in Communist Youth showed 21% of men and 14% of women found marriage ideal. 66% of women preferred long-term relationships based on love, and 10% preferred relationships with different partners.

Alexandra Kollontai defended the radical changes and explained, “The old family in which the man was everything and the woman was nothing, typical family where the woman had no will of her own, no time of her own and no money of her own is changing before our very eyes” (“Communism and the Family,” 1920).

The Bolsheviks believed that relationships should be based on choice and personal compatibility, not financial dependence.

Sex debates, explorations, and experiments spread across the country. Young people, in particular were keen to explore their sexuality. A young woman named Berakova wrote in the Red Student in 1927:

“The Cinderellas are all gone. Our girls know what they want from a man, without any worries many of them sleep with men because of a healthy attraction. We are not objects or simpletons that men should court, girls know who they choose and with whom they sleep.”

This was written in a country where, only a decade before, abortion, divorce, and same-sex relationships were outlawed.

Years of war against supporters of the Tsar, with the invasion of 21 imperialist armies intent on smashing the new workers’ state – and, crucially, the inordinate isolation of the revolution in the context of defeats for the German Revolution and other working-class uprisings – created the conditions for a bureaucracy to come to power under Stalin. Stalin and the bureaucracy used authoritarian measures to smash working-class consciousness, activism, and democracy at home, as well as using their authority to prevent victories for the socialist movement abroad, all in the interests of consolidating the privilege of a bureaucracy. This counter-revolution not only moved sharply away from the workers’ democracy of the revolutionary period, but also consciously attacked the gains of women. Progressive laws were retracted. The patriarchal family was again encouraged as a means of social control.

The rise of the bureaucracy and Stalin’s betrayal does not diminish the significance of the revolutionary gains in the years after 1917. Never before had women had such a stake in politics. Never before had the quality of life and happiness of women been prioritized. Some of the achievements gained by the Russian Revolution almost a century ago still do not exist even in many of the most “progressive” countries today. The October Revolution remains an undeniable and inspirational testament to the inextricable connection between the fight against all forms of oppression, and the working-class struggle for a socialist change.

The Russian Revolution shows that the working class is the most powerful force in society. It is only the conscious building of a movement for the 99% that can seriously push back against the massive inequality facing women and other oppressed groups. And, like the Bolsheviks did, we must realize that capitalism simply cannot be defeated without women – and, in particular, working-class women – coming to the fore in the struggle for a better world.