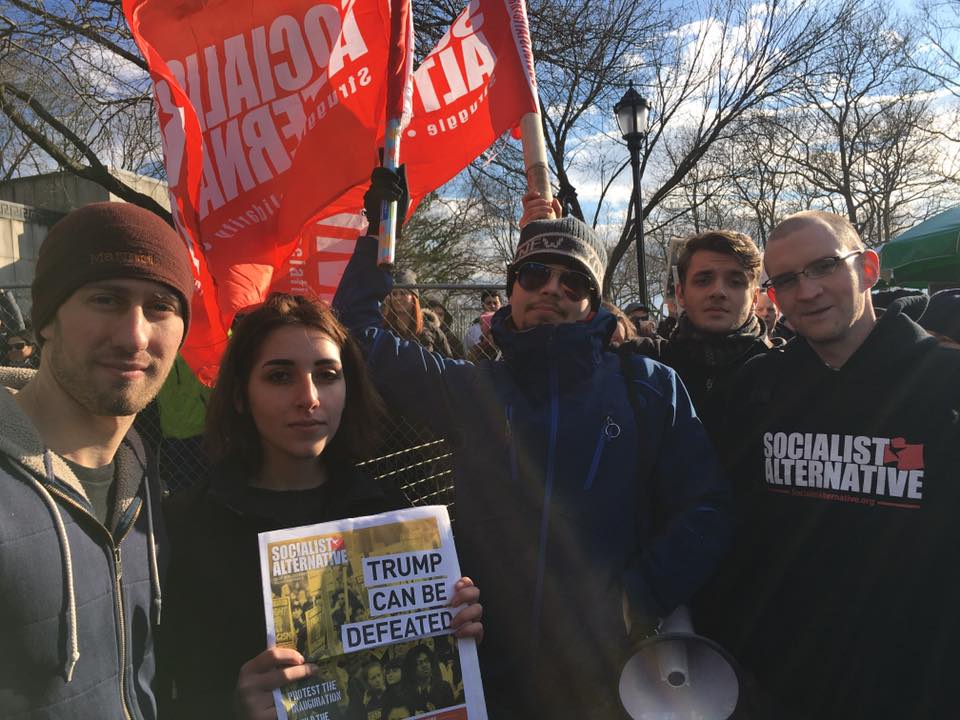 As Trump was sworn in on January 20, there were protests on all seven continents to oppose his bigoted, right-wing agenda. This shows the raw potential that exists to build a powerful mass resistance. Socialist Alternative has helped lead the fight against Trump from the beginning, calling demonstrations across the country the day after the election, with tens of thousands showing up, and we continued that momentum by organizing mass demonstrations across the country on Inauguration Day.

It is crucial in the coming months and years that these demonstrations continue, but the fight against Trump also requires that we get organized. Without question the first weeks of the new administration will be met with anger, fear, and an insistence that Trump is “Not my President!” Yet this anger alone will not be enough. Socialist Alternative believes that to defeat Trump, our movement will need a socialist strategy to unite powerful mass movements of workers, students and all oppressed people. Without a socialist backbone, the movement can be misdirected and misled away from the bold, fighting tactics needed to stand up to this dangerous administration. We will need to be clear about who we can and cannot rely on, and must not limit ourselves to what is acceptable to Democratic leaders and their corporate backers. Our movement will need to be prepared to challenge not only this administration but the billionaire class itself. Socialist Alternative will be vital in this struggle.

Socialist Alternative is an organization of workers and young people who have led and won crucial battles for working people across the country. We launched 15 Now and led the fight for a $15 an hour minimum wage in Seattle, Minneapolis, Boston and elsewhere and were able to win the first city-wide $15 minimum wage in the country. We helped elect Socialist Alternative member Kshama Sawant in Seattle, the first socialist city councilmember in Seattle in 100 years. We have used Kshama’s position to help build a movement that has won a series of major victories, from the $15 minimum wage to helping block the construction of a $160 million police bunker to $29 million for affordable housing. Now, more than ever, with the impending right-wing attacks, is the time to build a fighting socialist movement and join Socialist Alternative and our struggle to not only to defeat Trump, but to build a better world!