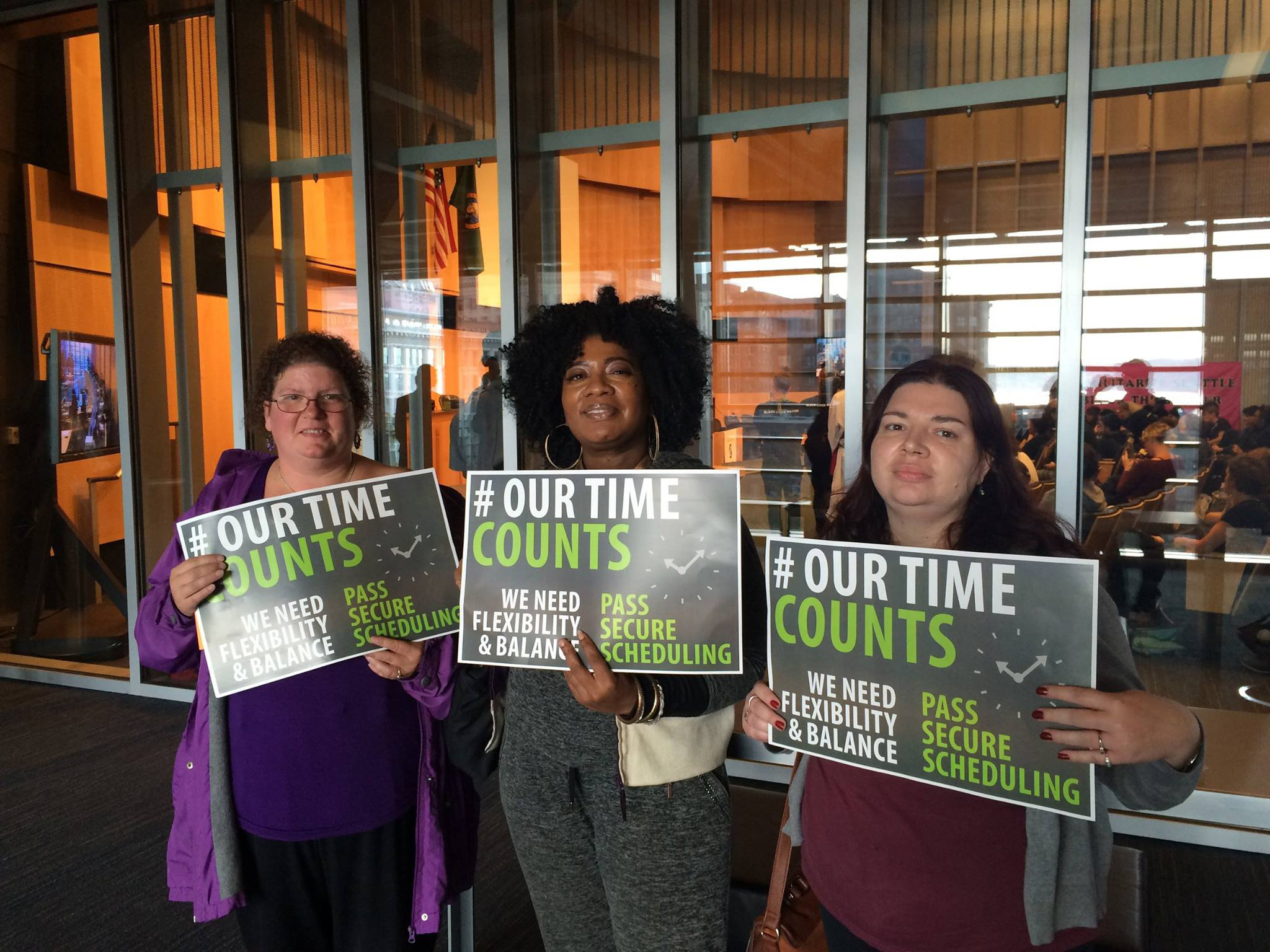 “I’ve been a grocery worker for 16 years. My husband and I are both grocery workers, and have always been given our schedules just two days prior to our workweek… With this law passing, I will be able to know what days I will be working to plan for child care, doctor’s appointments, and finally will be able to attend school functions for my kids.”

On September 19, 2016, the Seattle labor movement wrested a landmark victory from big business, becoming just the second city after San Francisco to pass a “secure scheduling” ordinance.  The bill applies to businesses that operate in Seattle and have more than 500 employees worldwide. It is a major step forward for ordinary working people. Labor should continue the fight to extend secure scheduling rights to all workers.

To enforce secure scheduling, the bill mandates 14 days’ advance notice for regular shifts; a “good faith” estimate of available hours, including on-call expectations, at the time of hiring; additional “predictability pay” for shifts that are altered within the 14 day window; recognition of a worker’s right to at least 10 hours of rest between shifts; and the posted offering of additional hours and shifts to current employees for three full days before new workers are hired. Additionally, bosses aren’t allowed to force employees to find replacement coverage when using protected leave.

It was the continued activity of the labor movement in Seattle that put the pressure on establishment politicians. Electing Socialist Alternative Councilmember Kshama Sawant has raised the sights of working people, and created an atmosphere that has Seattle big business on the back foot. Specifically, Working Washington, UFCW, and other local unions and labor affiliates should be commended for this victory.

It should be no surprise that workers have had to build this movement and wage a political struggle for decent schedules and humane conditions. It’s a reflection of the very nature of life and labor under capitalism: at every corner, businesses are squeezing workers in the pursuit of ever greater profits. If we don’t fight back for our rights, for socialist policies, for a world in which the economy and society are managed democratically by the people, we’re only going to get what big business is willing to leaves us.

Seattle  is proving that there is another way – that when we have the will to fight, we can win. And workers are taking notice: Every victory that we win builds the confidence of workers in other cities to fight for their rights too.