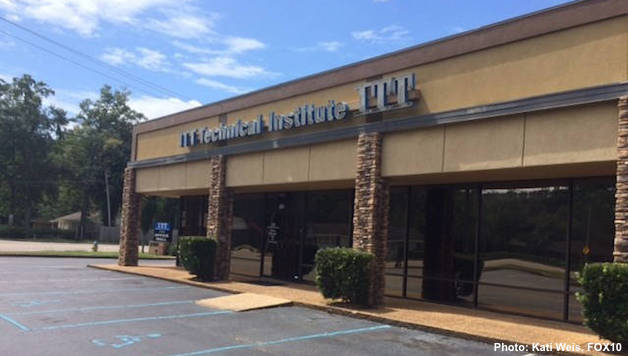 After years of charging students tens of thousands of dollars for sub-standard vocational education, ITT Technical Institute has at last run afoul of federal regulators. With the for-profit college, which operates 130 campuses across the US, now forbidden from enrolling students with federal loans, ITT has announced it will shut down operations this autumn, just as for-profit Corinthian Colleges did in 2015.

The ITT business model was simple: advertise to people who felt they had no other route to a college education and convince them to take out huge loans to pay for classes taught at a bare minimum standard. Despite being a private corporation, ITT functioned only with massive amounts of government support. The institute got paid, mostly with public money, whether the student passed or not .The students, if they graduated, left with tens of thousands of dollars of debt, a diploma most employers recognized as worthless, and college credits that almost never transfer to a more reputable university.

According to the Massachusetts Attorney General’s Office, who are investigating ITT for fraud, students who dropped out were harassed with repeated phone calls. When I was working for ITT as a professor my job title was “department chair”. Nonetheless, I was expected to spend ten hours a week phoning ex-students and reading from a script to try to get them to come back. My campus only employed four full-time educators, but a dozen full-time marketing staff. Many of these marketers expressed worries to me about whether their job was ethical and told me students were being accepted, even when staff were sure they’d fail the courses, in order to meet sales targets. I also oversaw a team of adjuncts, who worked for half of what adjuncts in public and non-profit universities are typically paid. The majority of these were hard-working, well-trained professionals, but were restricted at every turn from applying their full expertise in the classroom.

ITT’s closure means there will be one fewer predatory company taking advantage of the poorest and most marginalized workers by selling them barely-accredited degrees, but there are others out there. Why do these education profiteers exist in the first place? States have been neglecting their public and community colleges for years. In many states, companies like ITT locate their “campuses” in commuter towns where community colleges don’t operate or where the public system doesn’t offer vocational training. The company of course spends far more time lobbying state legislators to make sure regulators keep their hands off than they do maintaining equipment and teaching materials. Campus computers and labs are often obsolete, a fatal flaw in a fast-changing field like digital communications. Big business plays a role too: the heroic Verizon strike took place while I was working at ITT, and Verizon worked with the local managers to use the campus as a place to farm scabs to replace the striking workers!

Socialists demand that education at all levels, including college, should be free for all. A few states and politicians have plans on paper for stopping public college tuition fees, but, even if these proposals pass, they won’t cover the skyrocketing cost of books, dorm rooms, day care and the other services students need so they can concentrate on their studies. As for the students left hanging by ITT’s closure, they should get refunds and debt forgiveness immediately. The hard-working genuine educators at the company deserve a public education system with enough jobs to take them on, at a living wage or more. They should also get paid first, before the company’s assets are given to big-business creditors. For the managers and CEOs, there should be little sympathy: they knew they were helping run a corrupt, super-exploitative operation.