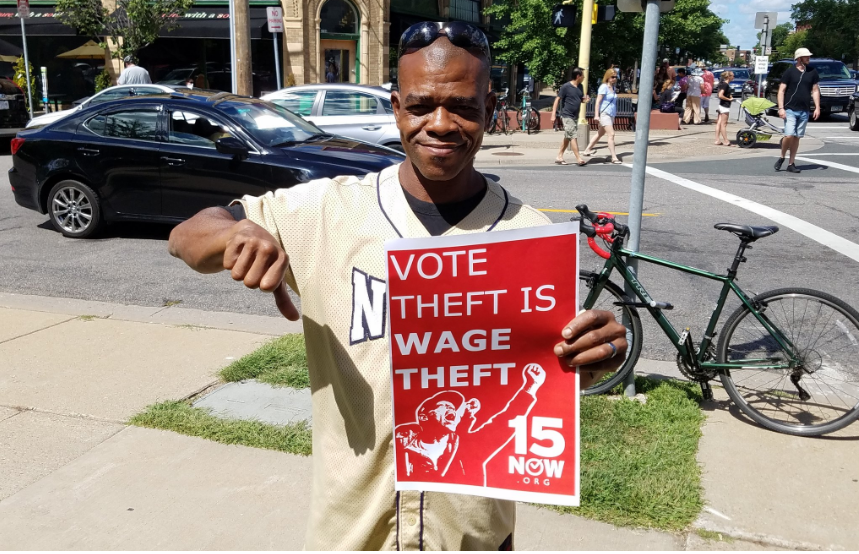 “The Minneapolis City Council’s decision not to refer the minimum wage charter amendment to the ballot is without legal support and an affront to the rights of the city’s voters,” stated Laura Huizar, staff attorney with the National Employment Law Project.

“The Minneapolis workers and voters affected by this decision will ask the courts to recognize that there is no basis for the city’s position, which flies in the face of Minnesota Supreme Court case law, past practice in Minneapolis and other cities, and even the statements of the chair of Minneapolis’ Charter Commission,” said attorney Bruce Nestor.

We need to raise funds right now to support the strongest possible legal team for workers and let Minneapolis vote for $15/hr.

In refusing to put the minimum wage amendment on the ballot, the City claims that city charter amendments are limited to addressing the structure, authority, and procedures of local government. However, the city failed to identify any legal precedent supporting that view.  The lawsuit shows that, to the contrary, the Minnesota Supreme Court has previously upheld the validity of a charter provision in St. Paul addressing workers’ rights matters having nothing to do with the structure of city government.  The complaint also shows that there is a long history of including provisions in local Minnesota charters that regulate businesses and private conduct and that reach well beyond the structure of city government. Further, as the complaint highlights, Barry Clegg, Chair of the Minneapolis’ Charter Commission, himself explained that the Commission in 2013 included in the city charter, not just matters of government structure, but also other matters that were considered important enough to belong in the charter rather than a city ordinance.  In the same way that a growing number of states are including the minimum wage in their state constitutions, Minneapolis has the authority to decide that fighting inequality with fair wages is important enough to include in its city charter.

The parties expect a hearing in the coming weeks and a final decision before August 26, 2016, the deadline for the city to finalize the November election ballots.