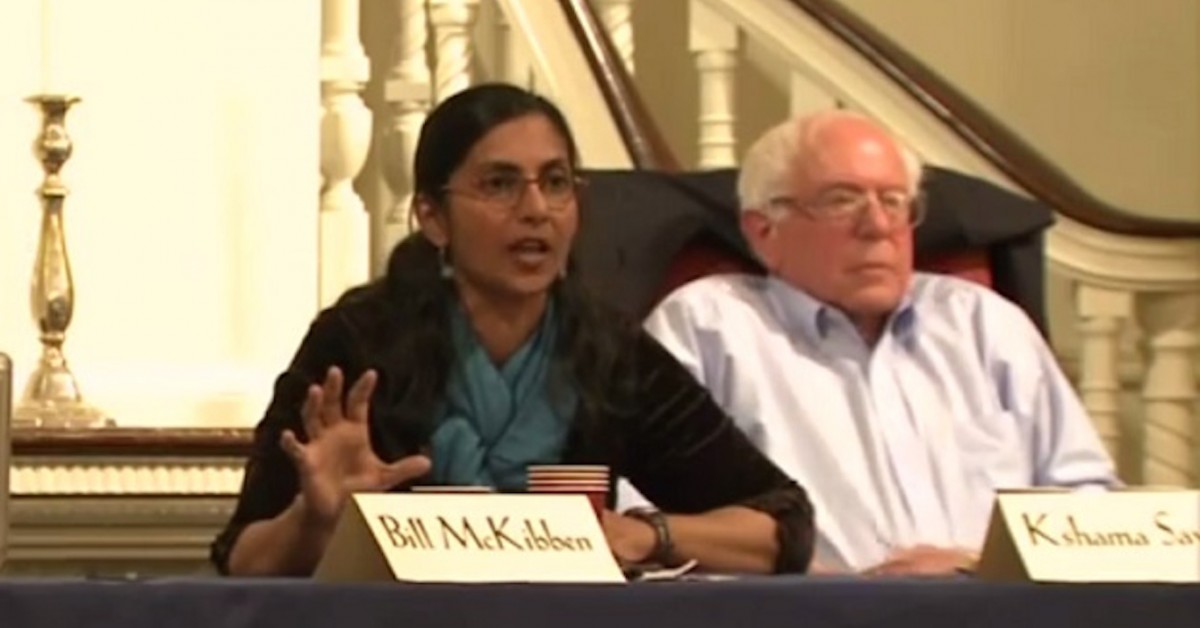 The petition was just launched on April 14 and already has over 16,000 signatures. You can sign on here!

I’m launching this petition calling on Bernie to run independent and launch a new party. Here’s why.
Despite all the obstacles thrown in the path of Bernie Sanders by the corrupted American electoral system, his campaign has made an enormous impact. Sanders has become a lightening rod for the enormous discontent at the billionaire class and its domination over the political system. His campaign has shown the widespread support for breaking up Wall Street, free higher education, a $15 an hour minimum wage, single payer healthcare, major public investment in renewable energy, and reforming a broken criminal justice system.

Bernie has conclusively demonstrated that it is possible to raise the resources needed to run a strong political campaign without begging billionaires for donations. By running on an unapologetically anti-corporate, pro-worker platform, Bernie has inspired millions of working people to donate to a campaign that actually represents them.

Blocked by the Democratic Party

Yet it has become increasingly clear that the Democratic Party establishment is completely opposed to this political revolution. Rather than support the candidate who is best positioned to stop Trump and the Republicans, they are hell-bent on defending the Wall Street and big business interests that bankroll them.

That’s why I’ve launched a petition urging Bernie – if he is blocked in the rigged primary process – to run as an independent or as a Green on the ticket with Jill Stein. If you agree, sign and share my petition today at www.Movement4Bernie.org.

Under 15 percent of eligible voters will participate in the Democratic primaries, skewing the results heavily toward wealthier and older party loyalists. Most workers and young people only tune in during the general election. We can’t allow this tiny minority of primary voters, the corporate media, Wall Street PACs, and the party establishment to block Bernie before the real election even begins!

Unfortunately, alongside Clinton’s supporters, Sanders himself has argued that an independent run risks splitting the progressive vote and allowing a Republican victory. Especially with Trump as the GOP frontrunner, this fear is understandable – though given the mass hatred of The Donald, it’s far from clear he could win a three-way race with Clinton and Sanders.

If electing a Republican is really Bernie’s main concern, there is no reason he could not at least run in the 40+ states where it’s absolutely clear the Democratic or Republican candidate will win, while not putting his name on the 5-10 closely contested “swing states.” This could still allow for an historic campaign if linked to building a new party for the 99%, laying the foundation for an ongoing mass political movement to run hundreds of left candidates for all levels of government, independent of corporate cash.

There is another danger if Bernie drops out to back Hillary. It would leave Trump, Cruz, or other right-wing Republicans a free hand to monopolize the growing anti-establishment anger, while most of the left is trapped behind Clinton, the crowning symbol of establishment, dynastic, Wall Street politics. Could the far right even dream up a better scenario to build their forces? While Trump might not win the election, support for hard-right populist politics will grow if there no fighting left alternative offered.

Meanwhile, the confidence and energy of our youthful working-class political revolution will turn into demoralization and disorganization if the movement is corralled into Clinton’s Wall-Street-funded campaign – the exact opposite of a political revolution!

The stakes are too high to let this moment slip through our fingers. Capitalism is plunging humanity into a social and ecological catastrophe. Bernie’s campaign shows a viable fight-back is possible. What’s missing is a strategy to sustain and grow our movement. Now is the time for bold action to build a fighting, working-class political alternative – a party for the millions, not the millionaires.