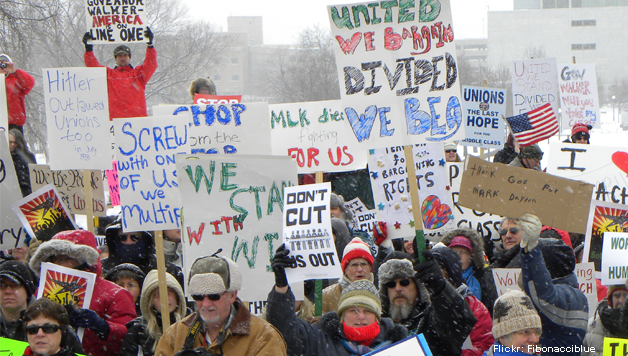 When the Republicans won the midterm elections, we in Socialist Alternative argued that this did not represent a turn to the right in society. It was fueled by an anti-incumbent mood reinforced by a massive abstention by progressive voters. The contradiction was expressed in the number of progressive ballot measures that passed, even in states that voted Republican.

But it was absolutely inevitable that the Republican Party, particularly its right wing, would see this as a mandate to go on the offensive against working people. Look what is happening now:

While the Democrats will oppose the Republicans in the courts, at least on some fronts, all of this points to the urgent need for massive social struggle to rebuild a powerful labor movement in the U.S. It also points to the necessity of building a political force that genuinely represents working people and the poor that would inspire people to vote in their interests – rather than settling for the lesser evil or simply staying home.