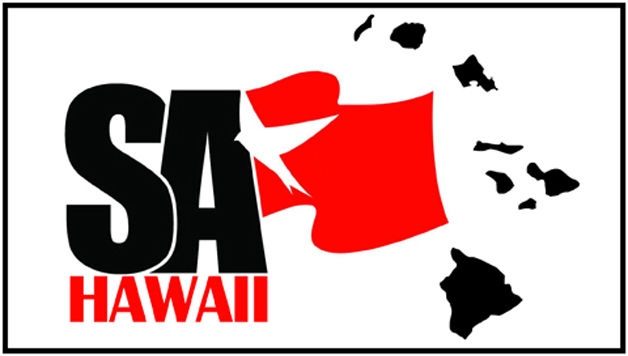 We are the Hawai’i branch of Socialist Alternative. We stand in solidarity with all those who oppose war, racism, sexism, environmental devastation, and corporate greed. The native people of Hawai’i know far too well these negative effects of U.S. corporate domination caused by the desire for more profits. They know far too well broken promises told with a blind eye. They know the struggle of a plighted people.

Bearing this in mind, the Hawai’i group of Socialist Alternative in conjunction with national and international struggle seeks an end to the type of unjust treatment seen here in Hawaii. Along with all the branches throughout the nation, we propose an alternative to the two-party system that will serve the interests of the working class, the poor, the sick, the young, and the earth!

We need to build movements of working people around clear demands to improve their lives. We need pickets, protests, rallies and direct action. For example we will be working to develop the 15 Now campaign to fight against low pay and economic injustice. Within movements like this Socialist Alternative aims to educate and organize a force to challenge capitalism.

In addition we see the need for independent electoral action for working people. Let’s face it: the vast majority of politicians in place today through the two-party system are politicians who serve corporate interests. We oppose political parties which answer and bend toward the corporate will. We oppose Republicans and Democrats who ultimately serve corporate interests. While there may be those who try to do good within those parties, we need to show them that here is a working-class alternative and convince them to break from big business parties.

We want to see an end to corporate profits which serve the few at the expense of the many. We believe that the wealth of society should instead be put to better use, for example by funding social programs like education and health care, that it should be used to hire quality teachers and medical professionals and to provide those services to all. The unemployed could be put to work in green-jobs programs in projects to develop renewable energy and public transportation. Instead, under capitalism, the super-rich are hoarding their record profits.

The bottom line is this: we have to move to stop allowing obscene corporate profits, profits created by the working class, from being used unjustly when the wealth could instead be used for the betterment of the planet and all who dwell upon it! We have to move forward with a clear direction and strategy in the pursuit of these goals. We are Socialist Alternative! Join us in the fight for a brighter future! Solidarity!

ABOUT US
Socialist Alternative is a national organization fighting in our workplaces, communities, and campuses against the exploitation and injustices people face every day. We are community activists fighting against budget cuts in public services; we are activists campaigning for a $15 an hour minimum wage and fighting, democratic unions; we are people of all colors speaking out against racism and attacks on immigrants, students organizing against tuition hikes and war, women and men fighting sexism and homophobia.
Contact us: info@socialistalternative.org
FOLLOW US
© Socialist Alternative 2019 | All rights reserved
2 Shares
Tweet
Share2