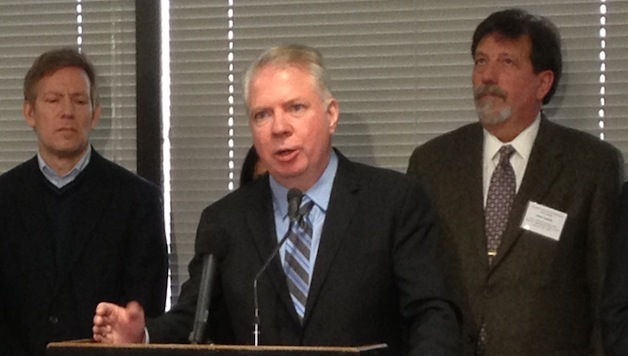 I am pleased to hear about Mayor Murray’s executive order to begin the process of making $15/hour the minimum wage for all city workers. This move towards $15 for an estimated 600 city employees is an important step in the right direction and a victory of the growing movement of low-wage workers. It starkly demonstrates the unprecedented political momentum for a $15/hour minimum wage for all of Seattle.

As an immediate step, I appeal to Mayor Murray to insist that the thousands of city subcontractor employees not covered by today’s order also be raised to a minimum of $15.

But most importantly, the message to take away from today’s announcement is how impactful grassroots movements can be, and how rapidly change can happen when working people rise up and make themselves heard. Workers, low-wage workers in particular, can play the decisive role in winning a $15/hour minimum wage for all of Seattle. This needs to be done by building an independent mass movement.

Yesterday, a new organization was launched called 15 Now to help carry this struggle forward. I appeal to those who want to join the movement to sign up at 15Now.org. All those who want to get involved should come to the 15 Now kickoff rally on Sunday January 12th at 2:30 pm at the Seattle Labor Temple.