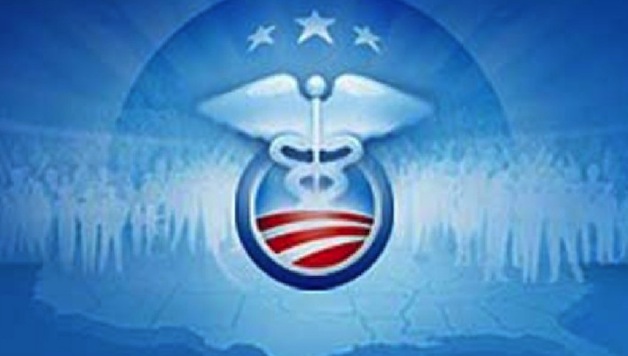 A smooth rollout of the federal on-line health exchange, a key element of Obama’s signature legislative victory, the Affordable Care Act (ACA), had the potential to be a much needed triumph for the President. Instead, problems with the website snowballed into the “debacle” described by Health and Human Services Secretary Kathleen Sebelius in her testimony before an irate Congress.

2.8 million people visited the website in its first 8 hours on-line, but according to Republican estimates, fewer than 250 people were able to sign up for a plan. That 55 contractors were unable to complete the project linking consumers, health insurers, government agencies and private NGO’s securely and on budget by the October 1 deadline was no surprise to Computer World magazine which declared, “Healthcare.gov didn’t have a chance in hell.” (10/21/2013)

Hell may be looking like an attractive vacation destination to Obama right now. As well as the on-line health exchange debacle, the on-going analysis of documents leaked by whistleblower Edward Snowden has provided a steady stream of revelations exposing massive information gathering on political leaders and private citizens in allied countries in Europe and Latin America.

Now Obama’s promise: “If you like your plan, you can keep it” is blowing up in his face, as 10 million individual policy holders and small firms are expected to receive cancellation notices because their plans don’t meet the new standards (WSJ, 10/31/13). The insurance companies are interested in profits not providing health care. They don’t want the expense involved in servicing their obsolete plans or improving services to customers who live in areas considered insufficiently profitable.

Cost is the single most common reason that 47 million Americans currently live without health insurance. This year, the average premium for an employer-sponsored family plan is $16,351, of which the employee paid an average of 29%, or $4,565. In addition, employees also have to pay the expense of deductibles and co-pays for office visits, hospitalizations, procedures and medications. Low-wage workers pay even more – an average of 39% of the premium cost. (kff.org)

The Obama administration has recently given further concessions to business. Employer penalties for not offering affordable plans were postponed a year until 2015. Cost will remain a significant barrier for the average worker, even when ACA is fully up and running. Preliminary estimates for monthly premiums, for a single 40-year-old, making 250% of the federal poverty line ($28,725) and opting for a silver plan range from $154 in Minneapolis to $409 in Jackson, MS. Subsidies for those who qualify will bring the cost down to just under $200 per month in most states. (kff.org)

About half of all states, mainly under Republican leadership, have taken advantage of the Supreme Court ruling allowing them to opt out of the Medicaid expansion provisions of the Act. This is despite the fact that the federal government would cover 100% of the cost for the first three years, and no less than 90% thereafter.

Obamacare subsidizes coverage for those with incomes 100%-400% of the federal poverty line, but not for those below it, because they were to be covered by Medicaid expansion. Five million people could end up being too poor to qualify for subsidized care but too well off to qualify for Medicaid. For adults in Texas, being too well off for Medicaid means making 19% of the federal poverty level or $3,737 per year!

The authors of the Affordable Care Act went to great lengths to not only maintain, but actually expand the existence and profits of the biggest insurance, pharmaceutical, hospital and medical device corporations. They shifted work away from governmental agencies and unionized public sector workers to private not-for-profits, and gave states great latitude in designing their own systems.

Together, these features added layer upon layer of complexity and expense. The largest of the 55 contracts awarded for Healthcare.gov went to CGI Federal and topped out at $94 million. Hundreds of millions more in federal grants went to the states to design and implement state exchanges and public education programs. Nebraska took the grants and eventually decided not to establish a state exchange after all.

From day one, Congress and the President ruled out the simplest, cheapest and best of the available options, Medicare for All. It was never even discussed.

Medicare provides coverage for senior citizens and had it been expanded to Americans of all ages, no new wheels would have been invented. Billing systems, networks of qualified providers, reimbursement levels, diagnostic codes and all the other essential elements are already in place in every state. Administrative costs are far below those of private insurance companies so more money goes to providing, rather than denying, care.

Socialist Alternative supports Medicare for All, as a first step towards fully socialized medicine.

One of the most controversial aspects of ACA, the individual mandate, requires most people to buy a minimum level of health insurance or pay a penalty. The penalties start at $95 or 1% of annual income (whichever is greater) in 2014 and increase incrementally to $695 or 2.5% of annual income in 2016. Families will not be charged a penalty if the cost of the cheapest plan available to them exceeds 8% of their annual income.

The penalties for employers are much lower than their share of the average premium ($2,000 or $3,000). Also, they only apply to firms employing over 50 workers. which either pay wages so low that their employees would be eligible for the ACA tax credits or which offer health insurance so expensive it would cost their employees more than 9.5% of their income.

An Inoculation Against Pharmaceutical Price-Gouging