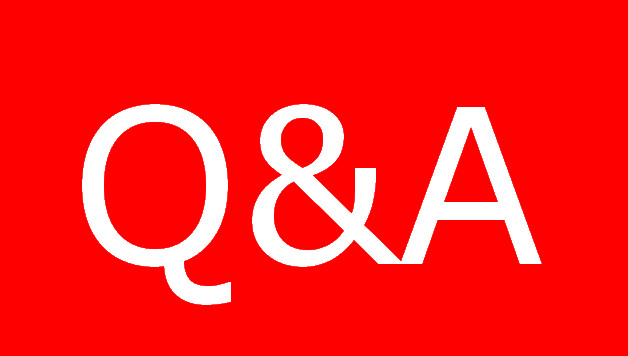 The growing movement of fast-food workers boldly calling for a $15/hour minimum wage marks the next stage in the struggle against economic inequality in the U.S. Picking up where the Occupy movement left off, fast-food workers are demanding the right to unionize and an end to poverty wages.

Since the inability to survive on the current federal minimum wage of $7.25/hour is undeniable, conservative economists and the corporate media are forced to rehash age-old rhetoric against minimum wage increases.

How do the arguments defending low wages square with the landscape of inequality?

Three-quarters of minimum-wage workers are aged 20 or older. More than 25% are parents, and a majority of them are the primary or only providers for their household.

Most low-wage workers are not able to advance to better-paying jobs. Entry-level positions in the fast-food industry offer few prospects for promotion or advancement, despite the often-advanced “mobility myth.”

Shouldn’t workers who want to earn more get an education and a better job?

Minimum-wage workers are better-educated today, but they are paid less than they were thirty years ago. The share of workers at or below the federal minimum wage who had some college education increased from 19.5% to 33.3% between 1979 and 2011.

Won’t increasing the minimum wage be a “job killer”?

The economy is reeling with over 20 million people unemployed or underemployed, a low-wage and mostly non-unionized workforce, and staggering consumer and student debt.

Given how the capitalist economy works, paying $15/hour to tens of millions of workers will increase the amount they and their families can spend on goods and services, giving a huge boost to the economy. Money spent by workers has a far bigger impact on economic growth rate than handouts to the top 1%, who sit on much of that money. And studies done on recent minimum wage increasesshow that they did not, for the most part, adversely affect employment.

It is true, however, that if the working class is consistently successful in winning wage increases, corporations will try and retaliate in other ways. They may threaten to mechanize production to cut jobs, move their stores, or lay off workers. For instance, Walmart has threatened to pull out from plans to build outlet stores to punish Washington D.C. for its proposed new $12.50/hour minimum wage.

However, most low-wage workers have jobs that cannot easily be outsourced. Fast-food cooks and servers, hotel workers, child care providers, health care workers, parking lot attendants – all do their work on site. Most jobs that can be outsourced to low-wage free trade zones already have been.

Despite that, corporations will try to cut jobs where they can. The alternative to the nationwide and global race to the bottom is for workers to fight for better conditions everywhere.

Can businesses afford to pay $15/hour? Won’t an increase in minimum wage cause inflation?

Starbucks, McDonald’s, Subway, Pizza Hut, and a majority of other big corporations are raking in mega-profits. CEO salaries and bonuses are at record highs. The CEO of YUM! Brands (KFC, Pizza Hut, Taco Bell) made $20.5 million last year. The average worker in one of the stores made $7.50/hour. Estimates show that Walmart’s CEO is paid more per hour than the average Walmart worker is paid in a whole year.

While corporations that employ a low-wage workforce are highly profitable, small businesses that cannot afford the wage increase could be subsidized by taxing the big corporations and ending corporate welfare.

What would happen if the cost of wage increases was added to prices? When the minimum wage was first instituted, and every time it has since been revised, there have been dire predictions that it wouldcause an immediate and steep increase in prices. In reality, these apocalyptic predictions have never been borne out.

A 1999 study found that a $1 increase in minimum wage to McDonald’s workers would add only 2 cents to the cost of a hamburger. If Walmart passed the entire costs of the new $12.50/hour minimum wage in Washington D.C. to consumers, the cost to the average Walmart shopper is estimated to increase by 1.1% per shopping trip.

Even if corporations pushed the entire costs of a minimum wage increase onto prices, the projected price increases are minor, especially in light of the skyrocketing living costs faced by the working class.

Fight for Socialism and Workplace Control

The deep crisis of capitalism, with stagnating low growth rates, will ensure that the capitalist class will go on the offensive against $15/hour. Not only would a sizable wage jump threaten to cut into their massive profits or personal bonuses, but victory even in one city will embolden workers everywhere. This is also why corporations spend large sums lobbying against pro-worker legislation and on anti-union advertising. Restaurant chains and their franchisees alone spent nearly $1 million in 2006 lobbying against minimum wage increases.

Mass movements and large labor mobilizations, including coordinated strike actions, will be needed to win $15/hour. Winning it would be a major step forward for the U.S. working class, both in the tangible leap in their standards of living and in the collective political experience of a successful struggle.

But workers will ultimately have to go beyond the struggle for a decent wage. As long as the reins of the economy lie in the hands of a tiny elite, the value of an increased minimum wage will be eroded over time by increases in the costs of living. And no amount of reform can change the essential nature of capitalism; future devastating recessions cannot be prevented unless there is a fundamental shift away from capitalism. The working class will need to fight for workplaces and the economy to be run democratically by workers themselves.

If, in spite of the tremendous increases in labor productivity and technological advancement, this economic system still cannot afford a high standard of living for all, then we cannot afford this system. The fight for a living wage is ultimately tied to the fight for socialism.