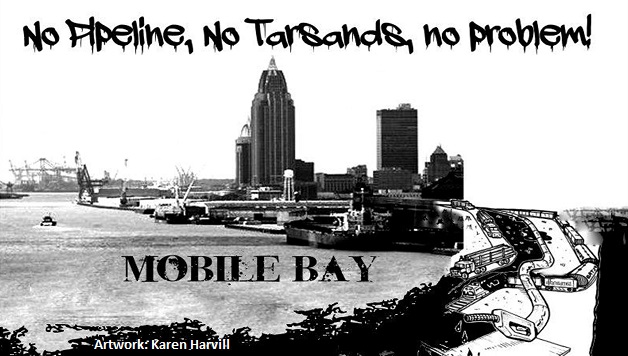 Just days after the Mobile, Alabama branch of Socialist Alternative led a rally of hundreds demanding justice for Trayvon Martin, we organized a successful public meeting against a proposed pipeline.

Grace McGee presented all the facts about how the pipeline would negatively affect our community, and I explained how capitalism is the root cause of this and how we can fight for the needs of people and the planet.

The response from our ideas was very positive; due to a lack of direct action from other environmental groups, the community was very excited and motivated about what we were saying and are looking up to us as an organization to step in where others are lacking.

One older lady,who was an activist all her years, stated that Grace and I were the best speakers she has ever heard. She was overwhelmed with joy that we are picking up the torch where she left off. We had members of the community willing and ready to start a door-to-door info campaign and a petition for an injunction to stop the pipeline.

There were two local TV stations there and they interviewed me while also giving us the public label of Socialist Alternative and listing our Facebook page on their website under the story. We are planning a further campaign on this issue, and we also built the protests against racist injustice at this meeting, as well.