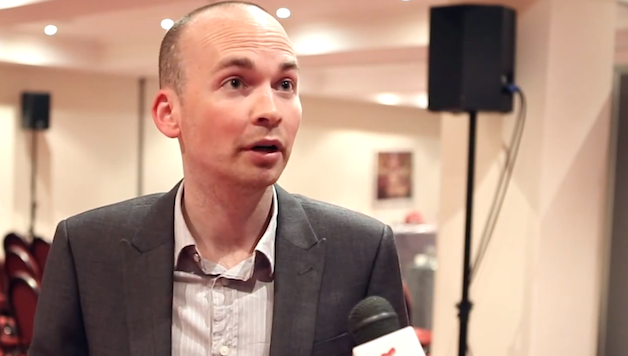 Without the Israeli government being willing to grant this basic right of self-determination, the talks will remain a charade. In the Sunday Independent newspaper on 4 August, Labour Party councilor Richard Humphreys had this article attacking an interview in which I called for a new intifada, similar to the first intifada. I contacted the Sunday Independent, requesting my right to reply through an article of similar length ( approximately 750 words) to Humphreys’. This request was rejected, and instead I was offered the opportunity to write a short letter to their letters page.

I will be making a complaint to the Press Ombudsman. In the meantime, I’m publishing the full article which they refused to print here:

Mass movement necessary for justice and peace in Middle East

In last week’s Sunday Independent, Labour Party Councillor Richard Humphreys condemned my call for a mass movement of Palestinians along the lines of the first intifada, stating that it would inflict “pain and misery” on thousands of people.

Contrary to his self-portrayal, Humphreys is anything but a disinterested observer of the Middle East. He is an apologist for the crimes of the Israeli state. He outrageously described those peaceful activists who were “summarily executed”, according to a UN report, onboard the Mavi Marmara trying to break the illegal blockade of Gaza as “Turkish terrorists”. Last November, he was trumpeting Israel’s “right to defend itself” at a time when that “defense” consisted of bombarding the population of Gaza, killing over 100 civilians.

He is a supporter of the occupation and the oppression of Palestinians which is today causing “pain and misery” for millions – the 1.6 million people trapped in horrific conditions in the open air prison camp of Gaza; the over two million living in the Occupied Territories, subject to brutal crackdowns on peaceful protests, army checkpoints and with access only to military justice; and the 1.6 million Palestinians within Israel who are victims of systematic discrimination.

Humphreys referred to another round of so-called peace talks that have been initiated, contrasting this to my call for a mass movement. Obviously a real dialogue between the peoples in the Middle East aimed at achieving peace would be very welcome, but unfortunately that is not what is happening.

The Israeli establishment has no intention whatsoever of allowing a viable and genuinely independent Palestinian state, with control over its economy and resources and a capital in east Jerusalem, to exist. Without the Israeli government being willing to grant this basic right of self-determination, the talks will remain a charade.

The Israeli government is consciously acting to undermine any basis for a viable Palestinian state. Approval has just been given for the construction of another 1,000 homes for Israeli settlers between Bethlehem and Jerusalem, on land taken from Palestinians. The racist Prawer plan has been approved by the Israeli Knesset, which will demolish of the homes of 40,000 Arab Bedouins in the Negev desert.

A new mass movement along the lines of the first intifada is therefore both justified and necessary – it is the only way that Palestinian rights can be affirmed. It is only deliberate misconstruction or ignorance which sees this as a call for violence and terror.

The uprising which developed in 1987 was not based on the tactics of terrorism, but rather on mass struggle from below – major protests, strike action and marches on Israeli checkpoints. It developed its own democratic committees of struggle outside of the control of the Palestinian political establishment.

It was this movement which put the Israeli establishment under significant pressure to negotiate concessions to the Palestinians. Shamefully, however, the aspirations of the Palestinian people were sold out by the PLO leadership, with the signing of the Oslo Accords. These Accords ensured the ongoing political, military and economic domination of Israel over the Occupied Territories.

The potential for such a new movement is seen in the revolutionary developments in Egypt and Tunisia over the past two years. They have had a powerful impact worldwide and in Israel/Palestine, including inspiring both protests in the Occupied Territories and the vast ‘Tent City’ protests by Israelis against austerity and social inequality.

Drawing on the lessons of these revolutionary movements, a ‘Palestinian Spring’, outside of the control of the right-wing conservative Hamas and the corrupted Fatah leadership, could effectively challenge the occupation. It could also appeal to Israeli Jewish workers and lay the basis for a common struggle to ensure real security and decent living standards for all working people.

The sister party of the Socialist Party in Israel/Palestine, the Socialist Struggle Movement, which has Israeli Jewish and Palestinian members, is working to help develop such an uprising against repression and a united movement that can bring down the capitalist establishment in Israel and struggle for socialist change across the region. This can lay the basis for a meaningful and lasting peace based upon recognizing the equal rights of both Palestinians and Israelis to existence, genuine security and self-determination, and where the interests of working people, rather than those of the Israeli capitalist elite, US imperialism, or corrupt Arab regimes, are dominant.