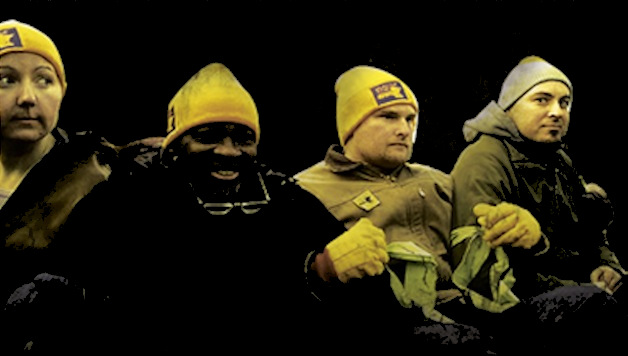 “Ty Moore may have been the most impressive candidate we screened [in any of the city council races],” said Harrison Bullard, security officer and Vice President of SEIU Local 26. “Ty has long been a partner of SEIU, through his work with Occupy Homes and in collaboration with Minnesotans for a Fair Economy. He has marched with us in subzero temperatures and stood on the picket line in support of low-wage workers. He clearly doesn’t just talk the talk; instead, Ty takes action whenever he encounters injustice. Ty is for real – he’s about the people.”

Moore’s campaign is calling for a moratorium on foreclosures, a $15/hr minimum wage, and an end to deportations and workplace repression of undocumented immigrants. Many of SEIU’s members are immigrants fighting low wages and racist abuses by employers, and the union has supported community campaigns against foreclosures, including Occupy Homes MN, which Moore helped lead.

“Working people are disenchanted with our broken political system,” said campaign manager Kelly Bellin. “Stadium owners, developers, banks, and the super-rich get their interests served while ordinary people face growing poverty and racial disparities, foreclosures and gentrification, and an education ‘reform’ agenda that is failing our kids.”

“As an elected city councilor, my job will be to give voice to the anger at big business and the political establishment, and provide a real alternative for working people,” explained Moore. “We need representatives who live like those they represent, but city councilors currently pay themselves $80,000 a year. I will only take the average workers’ wage and donate the rest to building social movements.”

“SEIU’s endorsement is a capstone on the powerful, multi-racial grassroots coalition we’re building to win this election. We’re bringing together community and labor activists, socialists, Greens, even disgruntled Democrats, because history shows it take movements of working people to challenge the corporate stranglehold on our political system.”