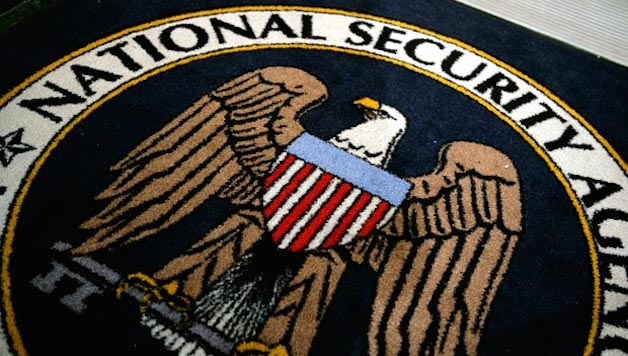 It took the courageous action of whistleblower Edward Snowden to expose how the Obama administration has ordered the National Security Agency (NSA) to spy on all our online activities and phone calls. While constructed in the wake of 9/11, this program goes beyond expectations of most skeptics of government.

The Guardian reported: “The NSA access is part of a previously undisclosed program called PRISM, which allows officials to collect material including search history, the content of emails, file transfers and live chats,” (6/7/13).

Daniel Ellsberg, who was instrumental in exposing U.S. military involvement in Vietnam through the leaked Pentagon Papers, stated: “Since 9/11, there has been, at first secretly but increasingly openly, a revocation of the Bill of Rights for which this country fought over 200 years ago. In particular, the Fourth and Fifth Amendments of the U.S. Constitution, which safeguard citizens from unwarranted intrusion by the government into their private lives, have been virtually suspended.

“The NSA, FBI and CIA have, with the new digital technology, surveillance powers over our own citizens that the Stasi – the secret police in the former ‘democratic republic’ of East Germany – could scarcely have dreamed of,” (Guardian 6/10/13).

Obama claims that his “is the most transparent administration in history.” In fact, the day after his inauguration Obama pledged, “Transparency and the rule of law will be the touchstones of [my] presidency.” He even encouraged whistleblowing when, in 2008, he stated, “Often the best source of information about waste, fraud, and abuse in government is an existing government employee committed to public integrity and willing to speak out.” He went on to describe whistleblowing as “acts of courage and patriotism, which can sometimes save lives and often save taxpayer dollars, [which] should be encouraged rather than stifled as they have been during the Bush administration,”(Guardian, 6/7/13).

However, in early May of this year, without obtaining a warrant, the Department of Justice quietly began to obtain records on nearly 20 phone lines from journalists in the Associated Press to uncover who might have leaked information. These records included not only their work lines, but their home phones and cell phones.

The Information Security Oversight Office reports that the Obama presidency has classified more government documents than any other administration (NY Times, 6/20/13). Likewise, the government has rejected more Freedom of Information Act requests than in any other presidential term. During his first term, Obama greatly expanded the NSA and cracked down on informants that reported on roving wiretapping. In 2011 Obama took a step further and extended the infamous Patriot Act.

Obama has used the 1917 Espionage Act six times so far against leakers, more than any other U.S. president in history. Most recently, it was used against Bradley Manning, a soldier who released thousands of government documents to Wikileaks in 2009 (NY Times, 2/27/2012).

The cruel and inhumane treatment of Bradley Manning for his public exposure of illegal U.S. military activity in Iraq and the attempted extradition of Julian Assange for the Wikileak exposures are part of this process of terrorizing any other individuals who might put the public good above their own safety.

But Glenn Greenwald, The Guardian correspondent who has publicized the new leaks, states: “The people who do this are heroes. They are the embodiment of heroism. They do it knowing exactly what is likely to be done to them by the planet’s most powerful government, but they do it regardless. Those who step forward to blow these whistles rarely benefit at all. The ones who benefit are you. You discover what you should know but what is hidden from you: namely, the most consequential acts being taken by those with the greatest power, and how those actions are affecting your life, your country and your world” (Guardian, 6/7/13)

The fact that it takes heroic whistleblowers to reveal these secrets speaks to the utter failure of the corporate media to conduct any serious investigative journalism. In fact, the entire corporate establishment is behind these policies. The PRISM program, started by the Bush administration and escalated by Obama, was signed off by Congressional leaders from both parties and was backed by the courts. Google, Microsoft, Yahoo, Facebook, Skype, Youtube, and AOL have all cooperated in giving the NSA access to internet records of millions of people, while the corporate media remained hush-hush until now, even though there had been claims about the program in the past.

While whistleblowers are persecuted, the Guantanamo prison remains open despite Obama’s oath to close it. Furthermore, four American citizens have been assassinated abroad without trial, in targeted drone strikes that have also killed hundreds of innocent civilians in both Yemen and Pakistan. And the National Defense Authorization Act (NDAA) signed by Obama in 2012 can actually suspend habeas corpus for U.S. citizens, potentially meaning indefinite detention – like Gitmo – without trial, charges or even concrete evidence.

Add to the list the militarizing of local police forces and of the Mexican border – the NYPD is now the seventh largest army in the world – and increased use of drones by local police forces, and we begin to see that this administration has been expanding what is now the biggest security apparatus in U.S. history, with complete disregard to basic civil liberties. But whose security is it defending?

Socialists warned at the time of the 9/11 attacks, that the ruling elite in the U.S. were exploiting public anger and fear after the horrific attack to put in place dangerous and powerful tools that would be used to spy on and repress opposition at home. This has now been demonstrated with the coordination of state forces against Occupy.

The ACLU released a heavily censored document obtained by a Freedom of Information Act request earlier this year, in which the FBI indicated significant collaboration with local police forces in disrupting and disseminating the Occupy upheavals of 2011. The Obama administration has attempted to keep a firm thumb on genuine activist movements through state repression and infiltration.

If fighting terrorism was actually the main focus of this Big-Brother-style monitoring of internet activity and phone records, why was it not an effective way to prevent the Boston bombers, who had repeatedly watched terrorist videos on Youtube, visited al-Queda and home bomb-making websites, had been interviewed twice by the FBI, and had been flagged by the Russian government?

Political activists and working-class organizers, on the other hand, are targeted based on websites they visit, email conversations they have, and who they are associated with on Facebook in McCarthyite-style witch-hunting. In 2010, the FBI raided homes of antiwar activists in Minneapolis and Chicago under the guise of anti-terrorism, legally backed by the Patriot Act.

None of this should come as a surprise. It’s clear that both major parties are the guardians of the ruling elite, who are increasingly afraid of the social backlash that is brewing as they continue to enrich themselves beyond our imagination while ordinary people are struggling to make ends meet.

When workers, especially in the low-wage workforce like fast food, Walmart, and retail speak up about wages or workplace issues, they face fierce retaliation such as hours cut, suspensions, and even firing. The bosses have also been increasingly strident in attacking the rights and benefits of organized workers.

The broader picture is that U.S. capitalism, in order to remain profitable, has to rely increasingly on a climate of fear, intimidation, and repression of basic democratic rights. “National security” can now be considered code for Wall Street’s security.

It will be difficult for the Obama administration to recover from this surveillance scandal as the last veil of progressive illusions is cast off. Those of us on the left should be bold in raising the need to organize an alternative to the two parties of Wall Street and the system of capitalism they represent.

We need to call for the disbanding of the NSA, the repeal of the Patriot Act, and dismantling of the massive military apparatus accumulated by local governments. We should not let the enormous security state make us afraid to organize and take action. It is designed to intimidate us, but we won’t let it. Instead, we take inspiration from the heroic struggles of workers and youth all around the world, from Turkey to China, South Africa to Greece, and the Middle East to Brazil, who have courageously stood up against state repression and are waging a determined battle for democratic rights, economic justice, equality, and liberation from the oppressive chains of capitalism.