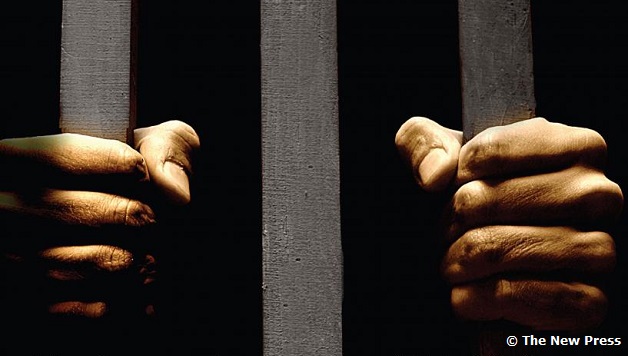 Today the United States of America has become the leading society in world history to incarcerate its own population, standing shoulders above Iran, China and even the monstrous Stalin gulags in the Soviet Union, with 2.3 million men and women warehoused in prison cells and 6 million under criminal “justice” supervision.

A hugely disproportionate number of these inmates are African American or Latino. In “Invisible Men: Mass Incarceration and the Myth of Black Progress,” Dr. Becky Pettit, states: “Among male high school dropouts born between 1975 and 1979, 68 percent of blacks (compared with 28 percent of whites) had been imprisoned at some point by 2009, and 37 percent of blacks (compared with 12 percent of whites) were incarcerated that year. With increased numbers of youth caught in the school-to-prison pipeline, and with police state tactics like Stop and Frisk and vile acts of police violence like in Anaheim, we are witnessing a system of social control, criminality and a cheap labor system based on prison labor.

Michelle Alexander’ book “The New Jim Crow: Mass Incarceration in the Age of Colorblindness” has greatly helped the developing grassroots movement to challenge this system of mass incarceration of working and poor people, particularly people of color and youth. Published in 2010, and recently released in paperback with a new introduction from Dr. Cornel West, “The New Jim Crow” has put into focus this new system of incarceration as a deliberate plan of social control.

Alexander explains how, following the brief period of reconstruction following the abolition of slavery a “great comprise” between the Democratic and Republican party in the 1870s . Federal troops withdrawn from the south and the Democratic Party and former planter caste introduced the Jim Crow system of re-enslaving blacks in the south.

Alexander shows how the establishment of this Jim Crow caste system was based on fostering disunity, (divide and conquer) among poor whites and blacks. Despite being given an elevated status above blacks, white workers and poor suffering low wages, they were also economically exploited the ruling white elite.

Alexander explains the Jim Crow system of social control as: racial segregation, political disenfranchisement, judicial racism, an imprisoned black labor force based on phony criminal charges like vagrancy, and unbridled terror by the racist Ku Klux Klan. Alexander states, “Convicts had no meaningful legal rights at this time and no effective redress. They were understood, quite literally, to be slaves of the state. The Thirteenth Amendment to the U.S. Constitution had abolished slavery but allowed one major exception: slavery remained appropriate as punishment for a crime” (p 31). Despite the formal abolition of slavery, black labor was enslaved in a system of mass incarceration cemented by judicial rulings, state and vigilante violence.

Alexander affirms the historic importance of the civil rights movement and militant social struggle on the street in smashing the Jim Crow southern system and legislative victories; Brown vs Board of Education, civil rights and voting rights act. Alexander fails to highlight the development of black power activism particularly in the urban areas around the country that would challenge the constitutional reforms and gradual support for the Democratic Party by civil rights movement. The radical left black freedom movement was crucial in dismantling the inferiority complex and self-hate among black workers and youth, challenging the capitalist mode of production and white supremacy at the workplace, schools and communities.

However, a ‘law and order’ southern strategy was soon developed by the rich white elite. This culminated in Richard Nixon’s successful 1968 presidential campaign. Using coded racial language to define the revolutionary movements and people of color particularly black youth as “criminals” this strategy politically disoriented and galvanized sections of white workers and poor not only in the south, but around the country, around the rich elite.

New War on Communities of Color

Today both parties of big business (Democratic and Republicans) follow policies that criminalize black and brown youth using this same strategy of associating blacks as “criminals,” “welfare queens” and “menaces to society”. This method of social control is so normalized in US society that it’s not even critically questioned by mainstream society. Crime and drug activity has been racialized despite similar crime rates among different ethnicities and whites.

Alexander points out how communities of color became war zones: a highly militarized police force, millions of dollars allocated to fight “crime,” the elimination of well-paid union jobs and benefits, and the flooding of drugs to depoliticize the community. The War on Drugs became a one-sided attack as working class and poor communities.

Alexander fails to see that the War on Drugs is historically linked to the FBI chief J. Edgar Hoover’s insidious Counter Intelligence Program (Cointelpro), which was, itself, a continuation of law enforcement used by the ruling elite to neutralize the movements of social struggle. The Palmer raids of the early 1900s, McCarthy witch-hunts of the late 40s early 50s are part of the US government’s violent program against the working class and poor. It is impossible to place the radical Dr. King, 21 year-old Black Panther Party leader Fred Hampton or Malcolm X in the same political space as Wall Street funded corporate politicians like Barack Obama, Massachusetts governor Deval Patrick or Newark mayor Corey Booker. In order to sanitize the radical and revolutionary movements of the 1960s, the corporate elite the radical and revolutionary leaders and organizations of the 1960s and 1970s had to be extinguished.

The New N-Word is “Felony”

Under the War on Drugs, extremely long mandatory minimum prison sentences were established for low-level drug dealing and possession of crack cocaine. Alexander makes the point that while many whites are ensnared in the drug policies, black and brown youth are disproportionately targeted. Alexander show how prison population continued to grow during President Bill Clinton’s 8 years in office, who was responsible for passing the federal “three strikes and you’re out” law in 1994.

Even the first black president has sought to continue the War on Drugs despite his rhetoric against the policy, Alexander indicates, “…Obama is pledging to revive President Clinton’s Community Oriented Policing Services (COPS) program and increase funding for the Byrne grant program-two of the worst federal drug programs of the Clinton era” (p 240).

The prison label has become a scarlet letter on those entrapped in a system of incarceration, particularly non-violent drug offenders. Alexander states, “…people whose only crime is drug addiction or possession of a small amount of drugs for recreational use find themselves locked out of the mainstream society and economy-permanently.” (p.92). Upon release from prison, these men and women are denied voting rights, employment opportunities, federal funded public assistance and housing rendering outcasts in US society. This is the final nail in the new Jim Crow of system of social control that has now entrapped tens of millions of mainly black and latinos – system of economic servitude and denial of rights that affects every aspect of their lives.

The distinct difference between Jim Crow policies in the post-radical reconstruction period and today is that under this new Jim Crow not all blacks are denied their humanity. The New Jim Crow is aimed at working class and poor blacks specifically. While sweeping away the old Jim Crow laws, the post-black freedom movement secured the ascendancy of only a tiny black political and economic elite who have become indifferent to this type of suffering by the black working class and poor, particularly among youth. This black political leadership has failed to mount any serous struggle against the new Jim Crow system of oppression.

Why the New Jim Crow Matters

Alexander correctly calls for a struggle against mass incarceration as part of a wider struggle against poverty and economic inequality. She invokes the need to rekindle the radical vision of Dr. Martin Luther King, and the need for a radical grassroots social and political movement to challenge the policies of big business. Dr. King’s legacy and political work should be instructive to us all as a great counterweight to the betrayal of the black mis-leadership class and the agenda of both parties of big business to criminalize, incarcerate and ignore a whole generation of youth of color trapped in the prison system.

In order to make Dr. King’s radical vision a reality, a system change is necessary to uproot the seeds of racism and mass incarceration. Alexander fails to show how this New Jim Crow incarceration is a crucial tool of the elite to maintain the capitalist system by dividing the working class. As Eugene Debs stated, “Under the capitalist system, based upon private property in the means of life, the exploitation that follows impoverishes the masses, and their precarious economic condition, their bitter struggle for existence, drives increasing numbers of them to despair and desperation, to crime and destruction.”

Alexander doesn’t show the essential role that a working class movement must play to challenge capitalism and build a new socialist society. What must be recognized is Alexander’s developing consciousness based on events around these crucial issues facing working, poor and people of color and a system of mass warehousing of black and brown people.

“The New Jim Crow” has raised the consciousness among this present generation, criminalized and discarded by capitalism. Community organizations like Cop Watch and activists like 70-year-old Joseph “Jazz” Hayden, a former prisoner, who utilize this book as an organizing tool for study groups and forums, beginning a process of educating and politically arming the working class, poor and youth. A united movement of the working class, poor, youth and people of color, and a resurgent militant prisoners’ rights movement, is needed to lead a struggle to dismantle the New Jim Crow. By combining this with a struggle against capitalism, we can forge unity among workers irrespective of color or race in the struggle to create a truly egalitarian society based on cooperation, solidarity and democratic socialism.