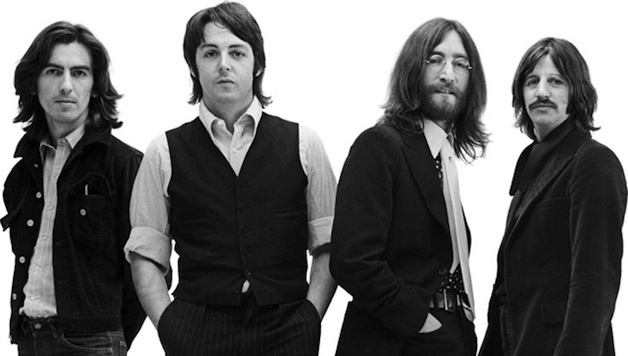 It is 50 years since The Beatles’ first single, Love Me Do, released on 5 October 1962, a rough sounding beat record. My older brother, Alan, brought it home and predicted this group would be the biggest ever. I fell in love with them and their music immediately. The record only made number 17, but the rest is history.

Whether you like, love or hate The Beatles, their impact on the music and culture of the second half of the 20th century was immense. They have influenced countless groups and singers. They gave the Rolling Stones a lesson in how to write. In a single session they wrote I Want to Be Your Man, with Mick Jagger and Keith Richards sitting in. It became a top-20 hit for the Stones. Jagger and Richards went on to be pretty successful songwriters themselves.

The Beatles’ first two albums introduced white audiences to the great black music of Motown, Chuck Berry, the Isley Brothers, Smokey Robinson and Little Richard. The Beatles’ domination of the USA – at one stage they had the top five positions in the US singles charts – led Bob Dylan to record Bringing It All Back Home, and he switched to electric folk/rock. The Ramones took their name from an early stage name of Paul McCartney (Paul Ramon).

In the first decade of this century, The Beatles were the biggest selling group in the world (and the second-biggest selling artists after Eminem) – 40 years after they broke up. Their continuing popularity is due to the volume (over 180 songs) and high quality of their music, recorded in just over seven years.

The group began as The Black Jacks, formed by John Lennon in 1957, changing their name to The Quarry Men. They were inspired by the music of Lonnie Donegan, a Scottish skiffle band musician, and Elvis Presley’s Heartbreak Hotel. The group was joined by McCartney and George Harrison in 1957 and 1958 respectively. They went through many incarnations, including the Silver Beetles, before settling on The Beatles.

The abolition of army conscription and the introduction of free higher education gave them the time to develop the band over three years. As a wild rhythm-and-blues group they plied their trade in northern clubs, particularly the Cavern in Liverpool. Then they perfected their act in Hamburg in 1960-61, where they played clubs in the rough St Pauli district, spurred on to ‘mach schau!’ (make show!), playing up to seven hours at a time fueled by pills and alcohol. They met Astrid Kirchherr, who gave them their distinctive mop-top hairstyles. (She fell in love with Stu Sutcliffe, The Beatles bass player who stayed in Germany.)

When The Beatles returned they were billed as an exciting group from Germany, and they quickly became the top beat group in Liverpool. They went to London to audition for Decca records but were rejected. They were signed by George Martin, a producer at Parlophone, who specialized in comedy records by the Goons, Peter Sellers, etc. Classically trained, Martin helped them hone their considerable talents.

On their first single, Martin did not think that Pete Best, the drummer, was up to scratch. He replaced him with Ringo Starr, although session musician, Andy White, played drums on Love Me Do. Ringo was popular in the US and helped The Beatles increase their worldwide popularity. He excelled in their film, A Hard Day’s Night, for which he came up with the title.

The Beatles, unlike other groups, insisted that they wrote both sides of their singles. Lennon-McCartney developed into the best songwriters of the post-war period. In the studio they, along with Martin and Geoff Emerick, developed revolutionary recording methods. McCartney, influenced by pioneering composers John Cage and Karlheinz Stockhausen, introduced musical loops into tracks. Lennon pushed the boundaries, with tracks such as Strawberry Fields Forever and Tomorrow Never Knows.

In the US, they were the first group to play stadium rock. They had it written into their contract that they would not play to racially segregated audiences. They were not a political group, but spoke out against the Vietnam war: the original cover of the US release of Yesterday and Today had The Beatles in butchers’ aprons, with dismembered babies. It was quickly withdrawn by Capitol, their American label. They received death threats on their American tour in 1966 for Lennon’s remarks that they were more popular than Jesus, and were banned by radio stations for being ‘communist subversives’.

They stopped playing live concerts, concentrating on studio records, which were far more individual efforts than group collaboration. They spent seven months making the ground-breaking Sgt Pepper’s Lonely Hearts Club Band – though, in my opinion, Revolver was the high point of Beatles creativity. Then came the White Album, their most eclectic and most political album. Blackbird was written by McCartney in support of black civil rights. Piggies, by Harrison, called for the rich to be given “a damn good whacking” – savagely misinterpreted by the maniacal murderer, Charles Manson. Back in the USSR, by McCartney, was a tongue-in-cheek tribute to the Soviet Union, in the style of the Beach Boys/Chuck Berry, which outraged middle-America. Revolution, by Lennon, debated whether or not violent revolution was the solution. At that stage, Lennon sat on the fence. Later, he supported workers’ struggle and revolutionary change.

The Beatles set up Apple in 1968. It was aimed at developing talent. McCartney visualized it as ‘European communism’. He taped Allen Ginsberg and other beat poets, and backed counter-culture magazines. The Beatles, however, soon abandoned the project as it was bankrupting them and they adopted hard business tactics, developing The Beatles as a brand, a global money-making corporation.

Tensions rose between the band members during the making of the White Album, leading to their break-up a year later. Let It Be, the film and album, was shelved – it was eventually released after Abbey Road. The group was effectively finished in 1969 – officially announced by McCartney in 1970. They did get back together to make their last studio album, Abbey Road, a fitting end to a great career. The last work in the studio was Harrison’s I Me Mine in 1970.

Lennon moved on to agit-prop songs, such as Power to the People and Give Peace a Chance. McCartney recorded the banned Give Ireland Back to the Irish. While still producing high-quality songs, none of the individual members ever reached the heights of the music by the group. McCartney always used the NHS and sent his children to state schools, though he publicly attacked Liverpool council’s Militant-led struggle in the 1980s. Lennon, in his last interview before his murder in 1980, stated in Playboy magazine that he backed the struggles of working-class people. He was preparing to tour in support of American auto workers before his untimely and awful death. Harrison produced the wonderful album, All Things Must Pass, and financed Monty Python’s film, Life of Brian. He helped raise millions of pounds for flood-ravaged Bangladesh in a concert with Dylan.

The Beatles had amazing natural talent. They studied all forms of music, although none of them was musically trained. Between 1957 and 1969, they performed over 1,400 concerts, toured the world, and made countless television and radio appearances. Between 1962 and 1969, they made eleven studio albums and 22 singles, four films (plus work on the cartoon Yellow Submarine), played big stadium concerts, did the first worldwide television broadcast – of All You Need is Love – and all before any of them had reached their 30th birthday. Their music is still sold in large quantities throughout the world and their immense musical influence lives on, half a century after The Beatles’ first recording.

This article was first published in Socialism Today, magazine of the Socialist Party (CWI England & Wales)