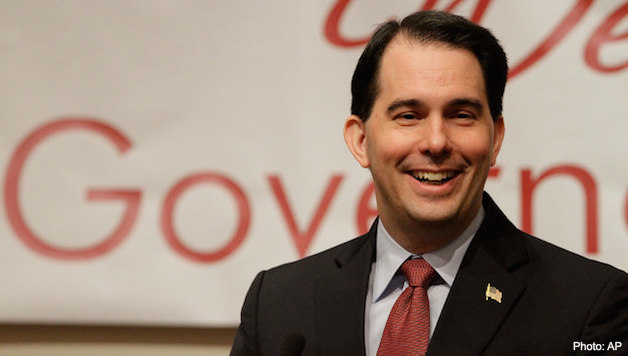 A little over a year ago, the working people of Wisconsin made history when they took to the streets in protest against the union-busting agenda of the right-wing governor Scott Walker. The mass popular uprising that shook the state in February and March of 2011 gave way to a massive recall campaign in which Walker became the third governor in U.S. history to face a recall. On Tuesday, June 5, a footnote was added to the pages of history when Walker became the first governor to survive a recall election, defeating his opponent Tom Barrett 54 percent to 46 percent, a wider margin than his initial election victory in 2010.

Many activists around the state are understandably disheartened by the fact that what began last year as a powerful mass movement involving rallies of tens of thousands, occupations and sick-outs, has in the end led to Walker remaining in office. The right will undoubtedly take the election results as a mandate for further attacks on working people. The blame for this lies with the leadership of the unions and the politicians of the Democratic Party, who diverted a mass movement of the working class into an electoral battle between the two parties of big business. To prevent future defeats, it is vital that workers learn the lessons of the Wisconsin recall and break from the two-party system.

The popular energy present last spring, both in Madison and all over the state, carried the potential for real, progressive change. Many of the protesters involved were experiencing their first taste of direct political activity, and countless Wisconsinites threw themselves into the grassroots, on-the-ground work of the recall campaign. At the time, the recall, which would not have been even a possibility without the protests of February and March, was presented by the union leadership and state Democratic politicians as the only way forward for the movement. These activists’ enthusiasm and zeal is evidenced by the nearly one million signatures supporting the recall of the governor gathered around the state in just a few months.

Walker’s attacks on workers, students, women, the poor and the elderly are terrible, of course, and he deserves to be removed from office for them. However, the Democratic party and its candidate, Tom Barrett, failed to provide any real alternative. As mayor of Milwaukee, Barrett himself made use of Walker’s infamous anti-labor Act 10 to extract concessions from municipal workers under his control. On the campaign trail Barrett put forward virtually no argument in the face of Walker’s austerity program, instead stating that he wouldn’t increases taxes on big business and the rich. In this he essentially turned his back on the mass movement that made his re-match against Walker possible in the first place. To top it all off, while Walker was receiving countless unimaginably large donations from various right-wing foundations and tycoons around the country, the Democratic National Committee refused to put any resources whatsoever into the recall effort and the everyday Wisconsinites working towards it – Wisconsinites who were already left out in the cold once by draconian attacks on labor rights and social services.

Some commentators defended Barrett’s right-wing politics as necessary to win over moderate “swing voters.” For instance, former Madison Mayor Dave Cieslewicz endorsed Barrett, arguing: “A candidate beholden to big unions is no more appealing to independent voters than one who answers to the Koch brothers.” (“How to Win a Recall Election,” The Isthmus, April 12, 2012). But Barrett’s embrace of austerity and “shared sacrifice” served to legitimize Walker’s agenda. Accepting that public sector workers needed to pay for the crisis only reinforced the right-wing propaganda that unions are only interested in taking their members’ money and funding Democrats. This played a key role in allowing Walker to win the election even after the winter protests.

In the heat of the February and March protests, the workers of Wisconsin held the possibility of imminent victory in their hands. Tens of thousands of people converged on Madison to march and rally, but weeks of protests had shown that Walker was not going to back down just in the face of demonstrations. The idea of strike action was widely discussed within the movement. A one-day public-sector general strike, combined with a solid occupation of the Capitol, mass demonstrations, direct action and student walkouts could have been an inspiring launch pad for a serious strategy to defeat Walker. However, even when faced with the dismantling of public sector unions in Wisconsin, the state-level union leadership continually shied away from strike action, diverting the movement into the “safe” channel of the recall.

Socialist Alternative warned at the time that the recall strategy was not as “safe” as the union leaders made it out to be. We said:

“It will not be enough to stop Walker and his corporate offensive. A recall will take months, a year or more (nor is there any guarantee of victory). But that won’t stop the immediate impact of this disastrous bill as public sector unions now face the danger of being dismantled in the coming weeks.” (“Will the Recall be Enough?—We Need to Build a Mass Movement that Can Defeat Walker”)

Unfortunately, our warning was proven correct.

While the unions devoted countless resources to the Democratic Party, union membership has declined in the face of Walker’s legislation. Since the passage of Act 10, statewide membership in the American Federation of Teachers has declined from 17,000 to 11,000 and statewide membership in the American Federation of State, County and Municipal Employees has declined from 62,818 to 28,745. This crisis would still exist even if Barrett had won. Now, more than ever, the labor movement needs to rebuild its membership and stop the attacks coming from Democrats and Republicans alike. It’s up to the rank and file to organize on the shop floor in every workplace to challenge their own leadership as well as the right-wing politicians.

Break from the parties of big business

Ultimately, for labor to succeed it needs to break from the two-party system. While the Democratic and Republican Parties may not be exact clones, they both represent the interests of big business and can’t be relied on as allies of working people. During the recall election, Socialist Alternative called for the labor movement and activist groups to run independent, pro-worker candidates. If all the effort that unions and activists put behind Barrett had gone to a candidate who genuinely represented the interests of workers, the outcome could have been different. A candidate who unequivocally defended the interests of all working people, public and private sector, union and non-union, would have been able to win over “swing voters” far more easily than Barrett’s slogan of “Scott Walker is too extreme for Wisconsin.” Even if Walker still won the recall election, this political independence would have put the unions in a much better position to resist his attacks.

What we need is a new political party that refuses to take corporate money, is democratically controlled by its members, and fights determinedly for the interests of the working-class majority on the issues of jobs, wages, benefits, health care, social programs, housing, war, discrimination, and the environment. In the past, workers have created parties like this in countries around the world. There are now two corporate parties in the U.S. Why shouldn’t we, as working people, have one of our own?