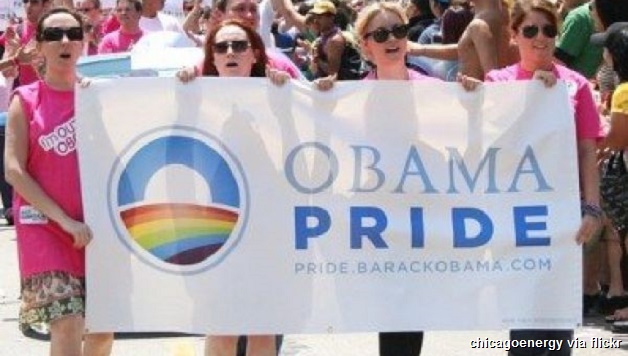 The military’s Don’t Ask, Don’t Tell (DADT) policy recently made headlines when U.S. District Judge Virginia Phillips issued an injunction halting its enforcement. The Obama administration opposed Judge Phillips, just as they opposed overturning the Defense of Marriage Act (DOMA) last year. Obama’s Department of Justice issued a legal challenge and won a stay on the injunction, allowing for workplace discrimination at our country’s largest employer, the Department of Defense, to continue.

At a dinner for the Human Rights Campaign in October 2009, Obama said clearly “I will end Don’t Ask, Don’t Tell. That is my commitment to you.” The Obama administration quickly helped to deliver hundreds of billions of taxpayer dollars to the banks after he was elected, but yet he fails to deliver on promises to the LGBT community.

So while Obama sends mixed messages about equality in America, it is up to us as LGBT community members, allies, activists and socialists to build an independent movement for equality in the streets.

By building the LGBT rights movement independently of the Democrats and linking it up with struggles for immigrants’ rights and jobs and against public service cuts, a serious challenge to the big-business Democrats and Republicans can be made, allowing LGBT rights to be expanded while taking on other important issues that for many of us are life and death struggles.