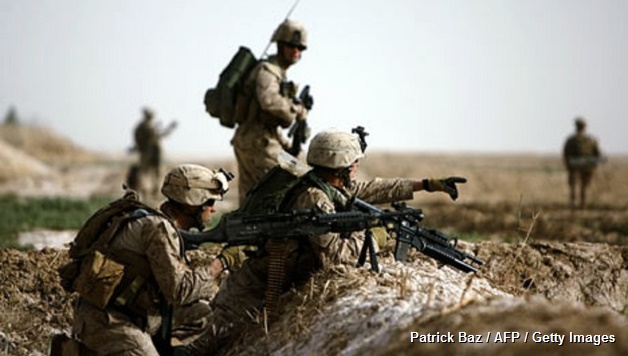 The recent, celebrated ending of “combat operations” in Iraq is telling for what kind of “withdrawal” policy could be in store for Afghanistan.

The White House plan for “post-combat operations” in Iraq leaves more than 50,000 troops behind that “will have the same combat capabilities as the combat brigades that have been withdrawn” according to an administration official who spoke to Inter Press Service (3 August 2010).

While Obama talks about bringing the two wars to an end, here are some things to remember: First, Obama is drawing down forces in Iraq to beef up forces in Afghanistan. And the “withdrawal” from Iraq is simply the Obama administration following through with the Status of Forces Agreement signed by the Bush administration and the Iraqi government in 2008.

Second, Obama’s policy reflects the realization by the U.S. that for years they have faced an untenable, disastrous position in Iraq and must find a way out of the conflict without damaging their power and prestige, in spite of failing with their original objectives.

Third, there is no stability in Iraq. U.S. bombing has left the electricity system and the economy crippled. Potentially explosive political divisions remain, and six months after the last elections, no government has yet been formed.

In other words, if the Obama administration has its way, both the Afghan and Iraq wars will drag on for years in some form at the cost of thousands of more lives and billions of dollars in military spending during an economic crisis in the U.S.