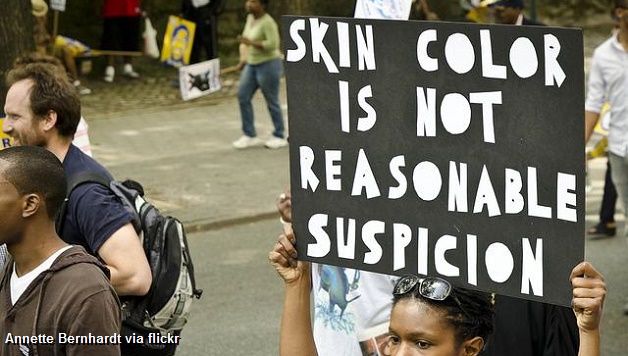 The neo-liberal transformation of New York City since the mid-1970s has meant increasing pain and social exclusion for working people, but especially for people of color.

A big driver of this process has been the added might of the NYPD and its remarkably consistent policy of racial profiling. In 2009, 575,000 people were stopped and frisked by cops in New York City, 85 percent of them black and Latino. A recent Village Voice article published excerpts from internal NYPD tape recordings, in which it was revealed that the department has a policy to “clear the streets” by 8:30 pm in many predominantly black neighborhoods like Bedford-Stuyvesant. One supervisor was quoted as saying, “I want a ghost town…The less people on the street, the easier our job will be.”

The daily practice of racial profiling and hassling, however, is punctuated by severe incidents of outright racial violence. In November 2006, police officers fired 50 bullets at unarmed Sean Bell, a young African-American man who was guilty of having a minor argument with a plain-clothes officer at a bar the night before his wedding. The gross injustice of Bell’s death was magnified by the later acquittal on all charges of the three officers involved in the shooting.

Ultimately, the racist policies of the NYPD are an attempt by the ruling elite of this city – aptly represented by billionaire Mayor Michael Bloomberg – to divide New York’s massive working class along racial lines. Such policy aims to stun black workers into subjection, move them farther out into the boroughs, and increase property values by replacing them with an army of upper-middle class professionals.

A simmering anger exists among NYC’s communities of color, and many feel that the time is long overdue for a concerted fightback against the oppressive policies of the NYPD.