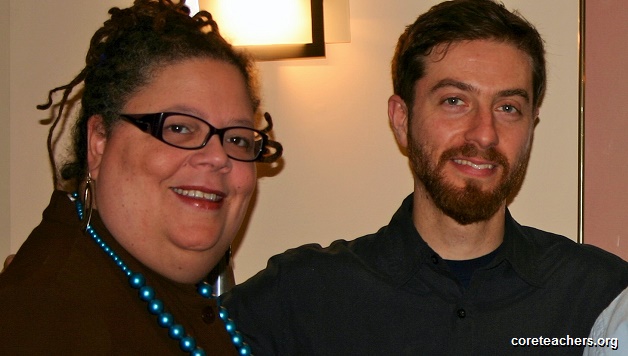 Among the most advanced struggles for the future of education across the country is taking place in Chicago. For several years a new opposition caucus in the Chicago Teachers Union (CTU), called the Caucus of Rank and File Educators (CORE), has organized and mobilized teachers, parents and students to confront the big business agenda for education in Chicago, dubbed “Renaissance 2010.” Their actions have successfully prevented a number of school closings.

In a run-off election on June 11, CORE won all the key officer positions in the CTU with Karen Lewis, the president of the slate, receiving 60% of the vote. CORE has consistently campaigned against cuts, layoffs and school closures and stands for full public funding for public education, limiting standardized testing, repealing mayoral control, for more democratic structures in the union and opposes merit pay for teachers. Very significantly they have also called for capping CTU officer and staff salaries to the average teacher salary prorated over 12 months. Implementing this would be a major step toward transforming the Chicago local into a real fighting union.

This election result represents the biggest blow yet to Obama’s attempts at education reform. His own secretary of education, Arne Duncan, was the CEO of the Chicago school system and had launched Renaissance 2010. Chicago teachers have sent a clear message that they are fed up and ready to fight back.

In a victory speech, the newly-elected president of the CTU, Karen Lewis said, “This election shows the unity of 30,000 educators standing strong to put business in its place: out of our schools!” [Watch the video of the full speech below]

CORE has shown how the attacks on education can be confronted and the central role that unions can play, but this is only the beginning. The federal government, the mass media and corporate America are all lined up to push through their agenda for education and weaken the teachers unions.

It will take a mass movement on a national scale to reverse this agenda. CORE should become a rallying point for educators around country who want to fight back against the neo-liberal agenda of corporate America and the Obama administration. The teachers unions, the American Federation of Teachers (AFT) and the National Education Association (NEA) must be transformed into democratically-run, fighting organizations.

The Chicago Teachers Union is one of the key locals in the 1 million strong AFT which is holding its national convention in a few weeks in Seattle. Along with the reform leadership of the Los Angeles teachers union, the new CORE leadership in Chicago has an opportunity to begin to push back against the sellout policies of the national leadership, especially AFT president Randi Weingarten.

Weingarten has promoted one concession after another at both national and local level. Most recently she intervened to support legislation in Colorado that would base 50% of teacher evaluations on standardized tests and would allow teacher effectiveness to be considered before seniority in determining layoffs. Taken together these measures would drastically undermine the collective strength of education workers.

With their thousands of members, infrastructure and resources the unions are in a position to play a leading role in bringing together teachers, parents, students and working people in general to resist the attacks on public education and build a movement that takes education out of the hands of corporate politicians and reshapes it to suit the real educational needs of students, parents and society as a whole.

A longer version of this article, dealing with the overall situation in education, will appear in Justice newspaper’s upcoming issue #72