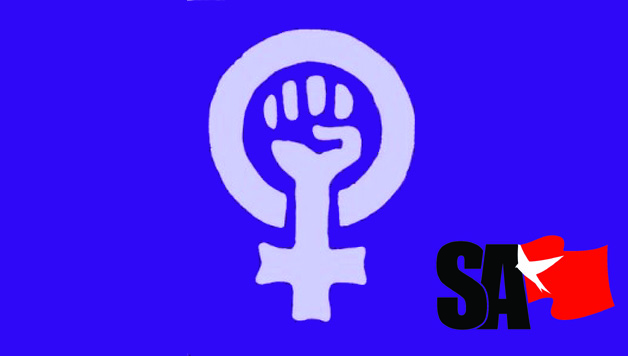 Though restrictions on abortion got the most attention in the media, the recent health care bill fails women in a variety of ways beyond President Obama’s anti-abortion executive order.

For decades, women have had more trouble paying for their health care and medications than men (Gallup-Health-ways Well-Being Index). More than one in seven women lack insurance coverage. The main reason for this disparity is insurance being tied to full-time employment, while according to the Government Accountability Office, only 52% of women (compared to 73% of men) are employed full-time. Women who work part time or have made the decision to stay at home are forced to pay all of their medical expenses out of pocket, or vie for private insurance on the free market.

A 2008 study by the National Women’s Law Center showed that women have been charged more than men for the same health insurance plans, making insurance unaffordable. Insurers say it is justified because women’s care costs more than men’s, especially in their childbearing years. They insist that women who have insurance are more likely to get regular check-ups, take their prescriptions, have certain chronic diseases, and generally take care of their health. Instead of applauding women for taking care of their bodies, insurance companies raised prices, showing the twisted logic of the for-profit system.

The new health care plan ends discrimination on the basis of sex, but not until 2014. For now, women can still be charged higher premiums. Even after 2014, families will suffer: as women’s rates go down, men’s will rise to keep insurance company profits stable. Between now and then, insurance companies will have armies of lawyers and lobbyists working to find loopholes so that they can still make money off of discrimination.

For women who can afford high premiums, insurance companies may use pre-existing conditions to deny coverage. The list of conditions that are used to deny coverage include pregnancy and domestic violence. Unplanned pregnancy can bankrupt a woman, with hospital births costing between $7,000 and $10,000.

Obama’s plan puts restrictions on denying coverage based on pre-existing conditions, but for women who decide to have children between now and 2014, or are abused, insurance companies can still deny them. In addition, the fines for illegally denying a pre-existing condition is minimal, as low as $100 a day. For a condition of predetermined length – such as pregnancy – there is little incentive for insurance companies to follow the law.

For the thousands of women who will be newly eligible for Medicaid, one notable restriction will remain: abortion. Obama betrayed his base of women’s organizations and reaffirmed the federal spending ban on abortions. What this means for poor women is that they will be financially barred from the choice to carry a pregnancy to term.

Though it’s not a drastic change from prior federal policy on abortion, Obama’s compromise proved that his promises to women’s rights groups were nothing more than empty. Happy to use their support to get elected, his “thank you” was to sign the most stringent restriction on abortion in 30 years.

Health care reform will have very real (although limited) positive impacts for women; however, it does nothing to challenge the status quo – health care based on profit. Insurance companies will not only remain, but also now have the entire American populace delivered to them by mandatory coverage. This bill further entrenches the domination of for-profit insurance companies, pharmaceuticals, and hospitals.

Obama’s plan does nothing to address what is at the heart of women’s oppression in the health system: poverty and workplace inequality. Until health care is wrenched from the hands of the profit­-hungry CEOs and offered to every American, regardless of gender, age, race, or employment status, women and men alike will be subject to nothing but substandard care.