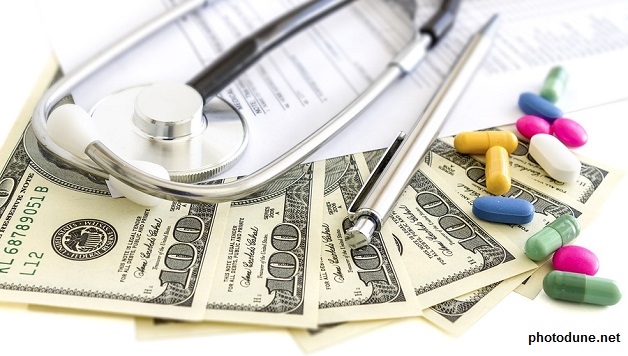 In the 2008 elections, the Democrats did just this. But single payer never made it to the table. The passage of the health care bill now begs the question: How is it that the Democrats, with a popular, charismatic president and a large historic majority in both Houses of Congress, could only come up with an inadequate, pro-corporate reform bill?

Why Not Support Single Payer?

The Democrats have used many excuses for why single payer was off the table. First, they proposed the creation of a large public option plan as a compromise, but also to “keep the insurance companies honest.”

While a sizable public option would be better than none, it was used by Democratic Party politicians as a carrot to pull people away from campaigning for a genuine single-payer system. Every step of the way, they lined up a new villain to take the hit for shooting down a continuously shrinking public option. The Democrats never fought for a substantial public option as many had hoped.

As the health care debate continued, the Democrats eviscerated all the meaningful provisions which could have made it a serious counterweight to the private insurers. In the end, the Democrats took the public option off the table, too.

The claim that single payer is not politically feasible because the public doesn’t want it is contradicted by the consistent poll data that shows the opposite. For example, a CBS/New York Times poll from January, 2009 found 59% of Americans support a single payer insurance system. This is despite no more than a handful of politicians or media figures speaking in favor of it. The truth is that the Democrats’ definition of political feasibility amounts to whatever their Wall Street and big business sponsors will accept.

The Democrats’ other common excuse for ruling out single payer or the public option was the almighty filibuster  the Senate rule that requires 60 votes to end debate and move legislation for a final vote. You would be hard-pressed to glean this from the news, but the filibuster is not in the Constitution. It’s a Senate rule that can be changed with a simple majority vote.

However, the filibuster is a convenient excuse not to deliver on any real progressive reforms that would upset big-business elites who finance political campaigns  such as the $19 million that Obama received from the health industry for his presidential campaign. Or the $178,252,901 the health care industry lobby spent on congressional and presidential campaigns from the start of the 2008 election cycle through the summer of 2009(Center for Responsive Politics: www.opensecrets.org)

Instead of pressuring conservative Democrats and moderate Republicans to accept a public option, massive pressure was applied to left-liberal Democrats led by Dennis Kucinich, who said they would not sign a bill that did not contain a public option. It bears noting that former President Bush never needed a filibuster-proof majority to drive the nation into a disastrous imperialist war, give tax cuts to the wealthy, and appoint arch conservative Samuel Alito to the Supreme Court.

The conservative Blue Dog Democrats were said to be uneasy with any public option and would have killed the bill. However, many of these same Blue Dog Democrats owe their political careers to White House Chief of Staff Rahm Emanuel and are thus not immune to pressure. While he was chairman of the Democratic Congressional Campaign Committee in 2006 and 2008, Rahm Emanuel was instrumental in directing campaign money to them against their more liberal primary challengers.

Can the Democrats Deliver Real Reforms?

Seeing the Democrats make concession after concession, many genuine left-wing activists, workers, and young people are disgusted. Nevertheless, many also still conclude we have no alternative but to try to push the Democrats and Obama to the left or to back them up with street heat so they can get on with their agenda. Yet the role played by the likes of Dennis Kucinich and Anthony Wiener shows us that, essentially, this is a failed strategy.

Having held the banner high for the public option and even for single payer along with many activists, in the end they voted for a health care bill that contained neither. Forced to choose between having their careers destroyed by the Democratic Party leadership or voting for a bill they hugely disagreed with… they capitulated. Instead of taking a firm public stand against any reform that did not include either a single-payer system or at least a substantial public option  and tying their votes to the inclusion of such policies  their voices were ignored in the corporate-dominated drive for an industry- friendly solution.

This demonstrates the incapacity of the 60 or so members of the Progressive Caucus in the House to achieve serious reforms through the Democratic Party. Instead, they are used by the deeply pro-corporate leadership of the party as a sort of left veneer to prevent the disaffection and exodus of millions of left-wing workers and youth.

By promising real reforms through the Democrats, like countless other previous reform efforts, the logic of working within or through the Democratic Party led to the left and the labor unions being demobilized and not organizing independent mass protests. They were left on the defensive for much of the debate, at every stage apologizing for Obama’s pro-corporate polices. This left space for a right-wing Tea Party movement to develop, with the Glenn Becks and Sean Hannitys of the world leading the charge. It ended up pushing the whole debate to the right.

Had the left and the unions turned their backs on Obama and the Democrats, choosing instead to build a nationwide campaign of pro-single payer mass demonstrations and direct action, it would have had a much bigger impact. If we had even 10, 20, or 30 independent left-wing members of Congress who boldly campaigned for single payer, buttressed by mass demonstrations, we would be a long way towards achieving genuine universal health care at this point. In fact, this is how single-payer and universal health care were won in the countries that now have it.

For example, in the mid-1960s Canada’s established parties passed single payer after intense pressure from a combination of mass protests in the streets and the rise of an independent challenge from the New Democratic Party, a new mass left-wing party backed by unions and other workers’ organizations. It will take nothing less than that to win genuine universal health care in the United States. The Democratic Party is not an ally in this effort but a trap that undermines left-wing progressive forces and politicians. We instead need to break from this big-business party and build an independent, working-class left-wing political alternative.