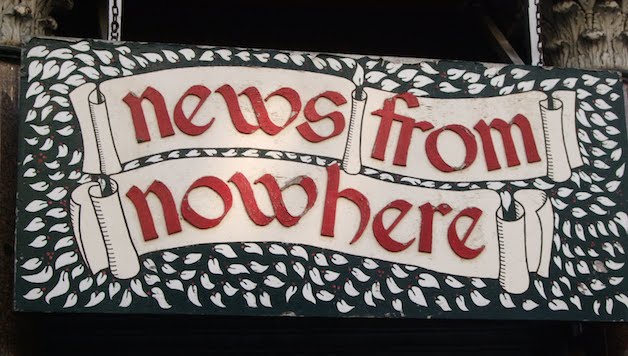 So, where next for the uranium-enriched fist of U.S. big business: Iran? North Korea? Venezuela? Cuba? Nicaragua?

A sinkhole has opened up in Iraq for U.S. imperialism, and confusion about how to climb out of it has delayed further military attacks (but the possibility of those quiet, CIA-led inside jobs still exists). But eventually there will be other predatory wars triggered by the need and greed of U.S. corporations to maximize their profits. War is the adrenaline of capitalism.

An important book was published earlier this year: Overthrow: America’s Century of Regime Change from Hawaii to Iraq, by Stephen Kinzer (yes, that’s Hawaii). Overthrow is an historical guide, a reminder of the systematic, relentless use of overt and covert U.S. military power in the service of big business. This book is a well-documented accounting of some major U.S. invasions and secretive coups carried out to punish any real or perceived threat against U.S. corporate interests around the world.

“Throughout the twentieth century and into the… twenty-first, the United States repeatedly used its military power and… its clandestine services to overthrow governments… [and] each time it cloaked its intervention in the rhetoric of national security and liberation. In most cases, however, it acted mainly for economic reasons… to establish, promote, and defend the right of Americans to do business around the world without interference.”

This quote from Overthrow reveals its strengths and weaknesses. An economic analysis is given, but in the end it’s qualified, minimized, and obscured by a greater focus on the personalities involved. The “Great Man” theory of history and a general eclecticism about causes ultimately prevail over where the facts lead. Kinzer also has a tendency to lump all “Americans” together, as if classes didn’t exist, as if we all agreed to what’s done in our name, as if we all somehow collectively willed the interventions into other countries.

However, Overthrow does bring together a lot of useful information and connects some of the dots in the diagram of corporate-engineered war, and so is worth reading.