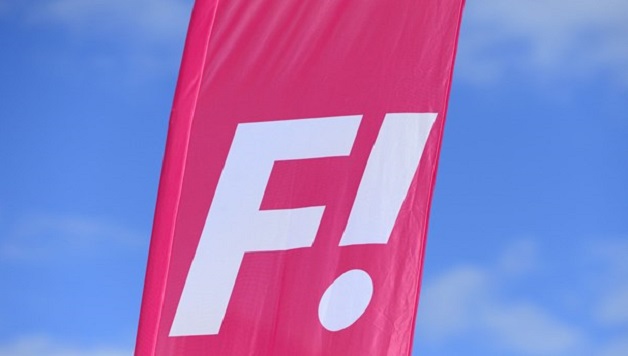 In all areas where Rättvisepartiet Socialisterna has a branch we will have demonstrations on this day. Sweden is considered to be a top nation when it comes to equality, but that says more about the poor state of equality in the world. One main issue in Sweden this year is, as it was last year, violence against women — the gender-based violence — which is increasing.

It is a fact that reporting to police has increased. Since 1995 the number of filed complaints for rapes has doubled; abuse and beating have increased by 20%. This year the increase in filed reports is to a large degree caused by the changed law, which regards more categories of assault as rape. Because there are so many cases not reported, it is not easy to say if the increase is an expression of increased resistance from women or an actual increase of the violence.

There are two opposite trends. First there is a growing consciousness and some fight-backs. Several court cases where the perpetrator has been acquitted have provoked spontaneous protests. Old gender roles are being questioned in many ways. For example, fathers have increased their share of the parental leave. There are more women on leading bodies in society. In many schools there are “equality groups” of students that fight discrimination.

Since the 1970s there has been an economic long-term trend of women going out to do paid work. This means increased economic independence and collective strength. But at the same time, there are also the cutbacks putting an even stronger burden on women’s shoulders. 15 years of cuts in the public sector leave more unpaid welfare work to be done by families. The capitalists are making more profits then ever but they are not willing to offer any new jobs.

One of the most disgraceful examples is the multinational clothing giant, H&M; The clothes are made by child workers in Bangladesh. Their advertisements are so sexist that they have provoked a sabotage movement with feminist slogans being written across their posters. H & M’s owner is Stefan Persson — one of the richest people in Sweden. Last year he gave himself a share dividend to the value of 359 million. That sum is equivalent to a year’s wages for 10,000 workers in the stores. Those workers, mainly women, are among the lowest paid in Sweden. The stress level is high and 10 percent of them are attacked with sexual harassment from customers. But for the owners the profits are more important than fighting that kind of thing.

The situation in the family, in the public sector and on the labor market forces women to take part time jobs. One built-in contradiction in capitalism is that, at the same time that it still depends on unpaid labor in the family and the system’s sex-based power order, it undermines the family. This is the consequence of production’s need for flexibility, migration, women’s entrance onto the labor market etc.

In one of many surveys, the Swedish LO (TUC) shows that 75% of women worked full time before maternity leave, but only 47% after. Men hardly reduce hours at all, from 94% before to 93% after the leave they take. The slaughter of the welfare state has created a harder climate in society. There are experts among the voluntary activists for the network of 130 shelters that every year give room to 20 000 women and children fleeing violent men. (There are also 50 more shelters run by another network and councils). They estimate that violence against women in fact is increasing. Amnesty International in Sweden makes the same analysis.

When an attack-rape becomes known in one of the areas where Rättvisepartiet Socialisterna has a branch we try to react immediately against it. This year we organised a street protest in Umeå to answer a very dangerous rapist that has thrown the city into a state of fear. More than 100 demonstrated against the oppression of women and the need for women’s struggle. We act to raise consciousness and to point out what needs to be done. Every rape has the effect of telling all women which gender has to be afraid of rapes.

This fear is used by the media. 70 percent of the articles on rape cases relate to attack rapes, but these are in reality only 12 percent of all the rapes. Eight out of ten raped women know the perpetrator. The impression can be given that a rape conducted in the relationship is OK; the patriarchal family is not questioned. Over a period of about five years there has been a change in women’s freedom of movement. Now it is very common that women do not dare to walk alone when it is dark, which was not the case before.

We want to turn the fear into anger and point at the need for collective struggle, for women’s fight back, and offer opportunities to get active. Demands that we put forward include:- courses in self defense in all schools, universities and workplaces, programs against sexual harassment in schools and workplaces, more money to schools to employ more teachers and nurses to have time and knowledge to fight harassment and gender roles, also to assist those with the lesbian, bi-sexual or transvestite perspective in education.

Our councilors in Umeå and Luleå have put forward resolutions in the council for better and cheaper public transport, improvement of lighting systems and park maintenance. We demand immediate council plans and measures for shelters and women’s refuge houses in all wards. We also connect this with a demand for a joint trade union struggle to increase women’s wages and for the right to have full time work. Now women in reality get only 71 percent of men’s salaries. If part time work was transferred into full time it would still only be 83 percent. The RS councilors demand that the councils should raise the council employees’ wages, something that all the other parties have rejected.

Another reason for us to give a socialist fighting alternative is to take the initiative away from fascists. This scum is utilizing peoples fears. They try to blame immigrants and are leafleting an area where an attack rape has taken place with the headline ”Stop Multi Culture” and a picture of a Swedish woman who looks haunted. In reality the fascists stand for the worst form of women’s oppression, where women are bound to the kitchen and stuck in baby production. We always invite immigrant women’s organisations to talk at the demonstrations. We go hard against authorities and the Swedish social democratic government itself if they try to expel women to countries with brutal women oppressing politics, for example Iran, from where it is very hard for asylum seekers to get permission to stay.

The fascists also account for a big part of the huge increase of violent homophobia during recent years. Now two of them will be locked up in prison for four and a half years after an intervention from our party in the northern town of Piteå. We exposed those fascists and their crimes to the media and the public who created pressure on the trial so that they could not let them go free.

For seven years our youth organisation has been campaigning in the schools against sexual harassment in particular when girls are labelled as “whores” if they break with the cultural norm that rules. It can be anything from tight clothing, dumping a boyfriend, good grades, being noisy or having a definite opinion, being the subject of harassment or sexual violence

No one can live exactly according to the norm; it is just there to limit the freedom of women. Girls that are “whore”-labelled are given names such as “dirty” or named after their private parts. Their integrity is questioned and they are assumed to be sexually ”available”. The mobbing continues with a parallel lie that says that this is what she wants, which is the management takes as an excuse for abandoning their responsibility. Whore labeling acts to limit the freedom of everyone in the school, not just the actual girl.

This campaign, called ”Refuse to Be Called a Whore”, is gaining huge support and is still needed. At the same time we are not let in to every school. as many principals think they will get problems with us. We give classes on the subject in the schools but of course we do not stop at talking. We always encourage the school students to organize, get active and demand more resources for the school.

”Feminist Initiative”
This autumn there are parliamentary elections in Sweden. There is a huge gap between the ordinary woman in the street and the establishment. People do not trust the politicians. In this vacuum a new party has been formed which is called the ”Feminist Initiative”. It is led by a quite popular ex-Left Party leader, Gudrun Schyman. It is a bit special that a feminist party can be launched, given that all the other seven parties in the parliament, except for the conservatives, for populist reasons already call themselves feminists. This development shows the potential for women’s struggle.

When it was launched, the women’s party had really good chances. But it has now missed the opportunity to grow and its leaders are rarely seen in media or on any activity. Last spring the right wing hit back with a counter-offensive, they started a debate through a program on state TV called The gender war. The message was that all feminists hate men and that it is only special men — mentally ill or alcoholic — that beat their wives. The aim was to change the focus away from the patriarchal structures in society to individuals, to hit the youthful challenging women’s movement and to cut down the competitor that the establishment saw in the Feminist Initiative.

The radical feminists, who just do things like running shelters for women and have a weak understanding of class society, have not been able to answer this offensive. So the counter-offensive has had some effect. The Feminist Initiative has not been any help. Their leaders are totally absorbed by the idea of getting elected into the parliament and with their own careers. They dismiss any need for collective struggle from below therefore they are either bought over or swept away when the right wing politicians and the Social Democrats just breathe at them!

In the weeks leading up to 8 March it becomes clear again that even now the so-called feminists of the establishment are not going out on the streets to mobilize for International Women’s Day. This day was launched by socialist women activists, based in the workers’ movement, nearly 100 years ago. It is their successors who will continue the traditions. We say that this day must be filled with the spirit of struggle, not empty talk. We put forward a socialist alternative that points to the roots of women’s oppression in class society which has to be overthrown and replaced with a socialist democratic society based on equal conditions for men and women.