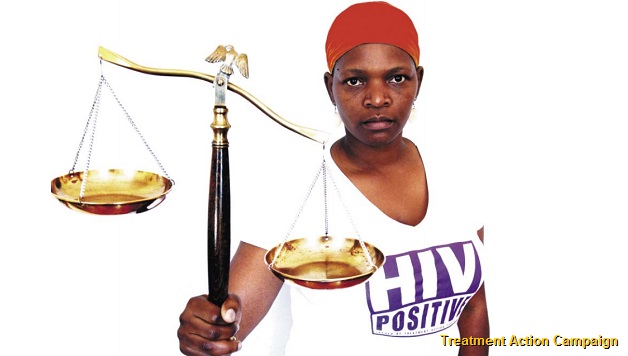 The 2006 budget drawn up by Trevor Manual, the finance minister, has been lauded by the media and by the capitalists’ ‘advisers’ throughout the country.

One national newspaper proclaimed it, “The best budget ever.” Another commentator praised the minister for not allowing the pending local government elections to cloud his good judgment, tempting him to spend the windfall R41 billion in revenue overruns on the poor to buy votes for the ruling party.

As in the previous budgets of Manuel’s ten year reign, he has not disappointed the bosses and the rich and has continued to remain loyal to the neo-liberal practice of taking from the poor to give to the rich. The appallingly dismal increases of 10 rand (£1) for child support grants, 30 rand (£3) for foster care grants and 40 rand (£4) for pensioners stand in stark contrast to the massive increase in the amount of money the rich are allowed to move offshore annually. This has gone from R750,000 (£75,000) to R2m (£200,000) – amounts most working class people can only dream of.

All this shows utter contempt for the working class, the vast majority of whom are unaffected by the tax cuts over which so much fuss is being made. It is particularly deplorable when the budget is viewed from a woman’s perspective. Women continue to be the most vulnerable in society – to HIV/Aids infection, to poverty and to lower paid employment and unemployment.

What hope is there in President Mbeki’s policy, called ’Age of Hope,’ for the women in South Africa who constitute more than half of the five million people living with HIV or Aids? They are at greater risk because of infection due to biological, social, cultural and economic factors. Yet, by the end of March 2005, only 42,000 of the 837,000 people estimated to require anti-retroviral (ARV) treatment were gaining access to the drugs. Moreover, one in four of those adults starting on ARVs, has a white blood cell count far below World Health Organisation recommended levels.

The roll out of ARVs has been painstakingly slow. This is due to inadequate physical infrastructure and insufficient resources for the recruitment of staff in the facilities providing such treatment. What is even more shameful, are the continuing confused messages from the National Department of Health. Lately, these include exaggerated and unfounded claims from dissidents, witch-doctors and all manner of quacks promoting nutrition as an alternative to anti-retrovirals. They particularly recommend vitamins and certain foodstuffs such as garlic, the African potato and olive oil and have misled the public into believing that there is no need for medication to treat HIV/Aids.

According to the World Development Report of 1994, one of the main indicators of poverty is the inability to consume a basic quantity of clean water, unsanitary surroundings, the lack of the minimum energy requirements and extremely limited mobility or communications beyond residential settlements. The African National Congress-led government boasts that, since 1994, it has connected more than three million homes to electricity, supplied water to 90% of the population, done away with school fees for a select group of low-income schools and so on. But the part privatisation and ‘commodification’ of basic services have served to entrench inequalities instead of removing them as people discover that they cannot afford to pay for the services they have been provided. This inability to access basic services forces on women even greater burdens in their role in the home – as the bearer of children and as primary care-giver for the old, and, in the age of the HIV/Aids pandemic, for more and more sick and dying relatives and their orphans.

A key determinant of whether people are living above or below the poverty line is employment. Women constitute 57% of the 40% unemployed in South Africa. If a woman is ‘lucky’ to be a recipient of any of the social security grants, she has to stretch it to feed and shelter the extended, unemployed family who do not get even this inadequate safety net. Therefore, what difference are tax breaks for women, when the majority of those in employment earn below the tax threshold? Since they have no property, they do not benefit from the government’s reduction in transfer costs and, if they are ’lucky’ enough to have pensions, they will not have saved enough from a life-time of low wages to benefit from the tax breaks on retirement funds.

Seen through the eyes of women, the consequences of this and past budgets are an indictment of eleven years of democracy. This is especially so for working class women who, as a result of their dire economic circumstances, have become still more dependent on male partners. This exacerbates the power relations between men and women which in turn has contributed to an increase in exploitative practices and the shockingly high levels of violence against women.

The rate of sexual violence in South Africa, specifically rape, is ranked amongst the highest in the world. In the last year it has increased by 4% according to People Opposing Women Abuse (POWA). Disgracefully, POWA members were vilified by supporters in COSATU (the South African Trade Union Confederation) and the ANC Youth League of the former deputy president, Jacob Zuma, when they staged a demonstration during Zuma’s trial for rape. This disgraceful behaviour of some COSATU members is the direct result of their leadership’s bankrupt position on the squabbles in the ANC. It is an indication of the regression of consciousness and a setback for the once proud traditions of the union federation in fighting for the cause of women.

Only one in nine rape cases is reported in our country and of these only seven per cent end in convictions. The reasons for under-reporting include secondary victimisation from service providers, stigmatisation from society (like that from the Zuma supporters), a lack of confidence in the criminal justice system, poor investigation and plain intimidation. Above all, it is the result of the economic dependence of women on the men who make up most of the perpetrators. They are almost always well known by the victim in the relationship of husband, father, uncle or boss.

More than 50 gender-related laws have been passed since 1994. They include changes to the Criminal Procedures Act, a strengthening of the ability of courts to refuse bail in rape cases, the Labour Relations Act which prohibits discrimination on grounds of sex and recognises the basic rights of vulnerable women on farms and in domestic labour, the Termination of Pregnancy Act legalising abortion within the first 12 weeks, the Domestic Violence Act recognising marital rape and other forms of abuse as well the Maintenance Act supposedly facilitating the collection of payments from the father to maintain his children. But all these laws spell out rights that have remained largely theoretical. The lack of enforcement is the direct result of the absence of the human and material resources needed to make these laws a reality for women.

As elsewhere in the world, violence against women is a growing trend which under conditions of globalisation and its related consequences in the intensification of the exploitation of the working class, is responsible for the deaths worldwide of between one-and-a-half to three million women and girls each year. The Geneva Centre for the Democratic Control of Armed Forces (DCAF) says this means ”Violence against women causes every two to four years, a mountain of corpses equal to the Jewish Holocaust.”

In war-ravaged countries mass rape has become institutionalised and used as a weapon of war. In Rwanda, ten years after the genocide, Amnesty International has estimated that women have been the victims of rape on a scale never seen in any other conflict with the full extent still not known. The subjugation of women has been a cornerstone in the foundations of the capitalist system since its birth. Violence against women is an indictment of capitalism which offers women no hope under its framework. It is necessary to put an end to what has been referred to in the DCAF report as the slaughter of Eve.

As the experience of South Africa shows, any advances under capitalism, for example in legislation outlawing discrimination, come into collision with the need of the system to intensify the exploitation of the working class with women bearing the brunt of the consequences. The elevation of women into senior positions in industry and government is still rare and offers no solution to the overwhelming majority of working-class women.

The claims that capitalism has come to terms with the idea of equality between the sexes collides also with the subordinate role that capitalism requires women to occupy in society. We see the perpetuation of the stereotyping of women through, for example, objectification in the advertising industry. The struggle for equality between the sexes must continue, but it must be based on the understanding that, unless the capitalist system is overthrown, the emancipation of women cannot be fully achieved. For working and poor women, socialism is not just a possibility but a necessity.