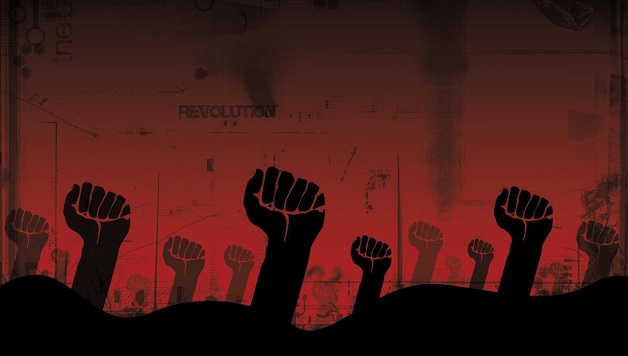 “It is a movement, not a march” was the mantra of many speakers at the Millions More Movement demonstrations held October 15 in Washington, DC. The rally commemorated the tenth anniversary of the Million Man March organized by the Nation of Islam (NOI) led by Louis Farrakhan.

The Millions More Movement demonstration took place within the context of a deep crisis facing the African American community. In the past few months, we’ve experienced the horrific and unnatural events of hurricane Katrina, a brutal beating of retired teacher Robert Davis in New Orleans, and the militant counter-protest organized by the African American community in North Toledo, Ohio against a planned demonstration by neo-Nazis.

50% of black men in New York City are unemployed. Latino and African American women are the fastest growing population of those infected with AIDS. Over 1 million blacks are in jail with minor offenses.

The Millions More Movement included a diverse lineup of black organizations and speakers. Estimates are there were 300,000 people at the main demonstration, with musical acts and speakers such as former Democratic Party presidential nominee Al Sharpton, academic Cornel West, civil rights leader Dorothy Height, and countless others.

The keynote speaker was Louis Farrakhan, who addressed the crowd for 75 minutes, laying out the programmatic aims and goals of the Millions More Movement. Farrakhan correctly denounced the Iraq war, calling the events around Katrina “criminal neglect” by the federal government.

Farrakhan spoke in a left-populist tone, calling on blacks, browns, Latinos, and poor people to organize and make demands on the government. Farrakhan pointed out the abusive relationship between the African American community and the Democratic Party. He called for a much-needed third party that would allow black politicians like Al Sharpton and Congressional Black Caucus members to run on that platform, but spoke of one that would only pressure big business politicians, not defeat them.

Farrakhan spoke of creating parallel structures to the government, in effect an African American shadow government with Ministries of Health, Education, Commerce, etc.

He also said the “Ministry of Commerce” should establish factories in Africa because “labor is cheaper there.” The NOI also has a history of supporting some of the most brutal African dictatorial regimes. Farrakhan has never spoken out against the Islamic slave trade in the Sudan.

Despite Farrakhan’s left populism, he fundamentally is advocating a system of “black capitalism.” But this does not offer any real solution to the majority of African Americans. Black capitalism would only be the same system with different oppressors. A few more African-American faces in powerful positions won’t change things for ordinary blacks. Condoleeza Rice and Colin Powell sure didn’t.

A massive political vacuum exists in the black community that Farrakhan wants to fill. However, the trade union leadership is not taking up the fight, there is no workers’ party, and much of the militant leadership of the black community in the ’60s and ’70s has been killed by the government, bought off, or demoralized by defeats.

Farrakhan, seeing this opportunity, called for a demonstration that got rid of the unpopular features of the Million Man March. This rally was more inclusive, slightly less socially conservative, and there were no undertones of anti-Semitism. Speakers focused more on poverty than on “individual responsibility,” and Islam was rarely put forward as the solution. Despite all the flaws of Farrakhan and black Democratic Party politicians, this was a very important rally that represents the anger that exists amongst blacks and other oppressed groups.

The Millions More demonstration was an important stepping stone to politicizing the various issues facing blacks today. In order to build a sustainable grassroots movement, we must organize in our communities, workplaces, and campuses around police brutality, corporate gentrification, and low wages. The need for a national healthcare system, affordable housing, and decent jobs with a living wage are political points that a movement can be built on.

In August 1967, Dr. Martin Luther King Jr. said, “We must see the evils of racism, economic exploitation, and militarism are tied together, and you can not get rid of one without getting rid of the other.” The time is now for a system change to end racist capitalism. Democratic Socialism is the answer to the questions of war, poverty, and racism.