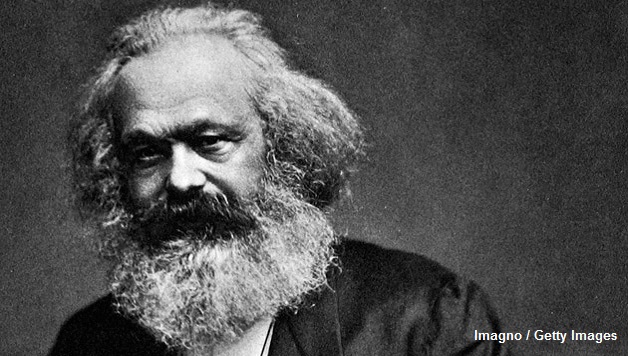 Few science fiction writers have succeeded in imagining a dystopian society more horrifying than the one we actually live in.

One hundred and fifty years ago, Karl Marx explained that capitalism meant an ever-increasing concentration of wealth and power in the hands of a tiny minority. It is doubtful, however, that even he could have predicted how far the process has gone. Today, 500 multinational companies control 70% of world production. The richest 356 people enjoy a combined wealth that is greater than the annual income of 40% of the human race.

Two-thirds of the world’s population have never made a phone call and one-third have no access to electricity. Every single day, 30,000 children are dying as a result of extreme poverty at the same time as more than $1 trillion per year is being spent on arms.

Worldwide, almost without exception, populations are faced with elections providing a “choice” between two or three almost identical brands of “free-market” politicians who claim that the way to solve the world’s problems is further deregulation, privatization, and cuts in social spending. These deeply unpopular policies have been followed remorselessly by all the major capitalist powers over the last 20 years – and have led to a vast increase in inequality.

Never before has there been such a gulf between the right-wing politics of all the mainstream political parties and the far more radical opinions of society as a whole. Even in the U.S., there are numerous issues where ordinary people are open to far more progressive solutions than any major wing of the political establishment advocates. For example, a 2004 survey found that 67% of Americans support a system of guaranteed national healthcare, as in Canada or Britain. Yet governments and the multinational companies seem to be able to ignore “public opinion.”

Despite the undoubted growing discontent with the existing order, everything appears to continue in the same old brutal way. Even the magnificent anti-war movement, the biggest simultaneous world movement in history, while it shook many governments to their foundations, did not succeed in preventing the invasion of Iraq.

This raises the question: are we – the working class, the poor, the oppressed, young people – powerless to change things in the face of these massive, seemingly all-powerful, corporations and the governments that do their bidding?

The answer we give is an unequivocal “No!” The world’s poor and oppressed have enormous power if we unite together and rise from our knees. More and more people are fighting back – from the Nigerian workers who over the last five years have taken part in seven general strikes and mass protests against fuel price hikes, to the French and Dutch workers who defied their governments to vote “no” to continued privatization and cuts in the recent referendum on the European constitution.

The most impressive struggles have occurred in Latin America, where huge movements against the neo-liberal agenda, some of which have taken on an insurrectionary character, have arisen in country after country. In Venezuela, the government of left-wing populist Hugo Chávez continues to defy the U.S. and its local right-wing, big-business allies.

And when we rise from our knees, we can win victories. Movement after movement in Latin America over the past few years has stopped privatization of vital services and toppled right-wing governments.

Here in the U.S., campaigns against military recruiters in high schools and colleges have won numerous victories over the past year. In California, the nurses’ union waged a high-profile campaign against Governor Schwarzenegger’s recent attempt to privatize public employees’ pensions and forced him to withdraw this threat. And the vocal opposition of ordinary people around the country has pushed back Bush’s plans to privatize Social Security.

There are many more examples of the oppressed defeating their oppressors. But there are not enough. Worldwide, the most common story is still of the privateers, asset-strippers, and thieves getting away with riding roughshod over the rest of humanity.

And even when we do win victories, they are never permanent. Big business in the U.S. is determined to roll back the remnants of the social gains made by working people in the 1930s and the post-World War II period.

The huge corporations that dominate the world are driven purely and simply by the drive for profit. Profit is, in reality, the unpaid labor of the working class. The record profits being made at the moment are primarily a result of a remorseless driving down of the living conditions of working people worldwide (plus the forcing down of the price of raw materials, leaving the poor farmers of the neo-colonial world in absolute poverty).

Only by fighting for socialism can we begin to permanently build a society which harnesses the enormous wealth, technique, and science created by capitalism to improve the lives of the whole of humanity.

Capitalism, as Marx famously said, has created its own “gravediggers” – the working class. While all of the oppressed can play a vital role in the struggle to change society, the working class, because of its potential collective power and its role in production, has the key role to play.

Over the last two years in a series of countries, including Nigeria, Bolivia, and Italy, general strikes have brought society to a halt. This shows the potential for the working class to change society, if armed with a clear socialist program.

Unfortunately, at this stage the mass of the working class is not armed with a socialist program. The capitalist classes rightly fear socialism, and over the last decade have done all they can to discredit it.

The collapse of the regimes that existed in the Soviet Union and Eastern Europe has been used as a whip with which to beat any alternative to capitalism in general and the ideas of socialism in particular.

In reality, while these regimes were based on a form of planned economy, they were not genuine socialism but brutal dictatorships. Nonetheless, the restoration of capitalism in what was the Soviet Union has led to a catastrophic drop in living standards, with an average fall in male life expectancy of a decade.

Despite the avalanche of anti-socialist propaganda, the reality of life under capitalism is leading a new generation to begin to move in a socialist direction. It is significant, for example, that the indigenous masses of Bolivia have risen up to demand the nationalization of their gas industry. Worldwide, the anti-war movement has radicalized a generation and led many thousands to search out socialist ideas for the first time.

When a fighting socialist program is adopted by millions, and mass parties are created to fight for such a program, it will begin to open up the real possibility of overthrowing the rotten system of capitalism. It will also strengthen workers’ ability to win more victories in the day-to-day battles to defend their living conditions.

Today, we have far too many trade union “leaders” who prostrate themselves before the “logic” of the market. This is unfortunately true both of the AFL-CIO leadership and of the leadership of those unions which recently split from the federation. But the heroic strike by grocery workers in Southern California last year showed that workers are prepared to fight when given a lead.

It will take further experiences of struggling against this foul and brutal system for the ideas of genuine socialism to be emblazoned on the banner of the world’s oppressed.

Socialist Alternative and the international movement of which we are a part of, the Committee for a Workers’ International, tries to participate in every struggle against injustice, against war, and for workers’ rights. We do all we can to make sure those struggles are successful. At the same time, we try to build the forces of socialism – to bring closer the day when, instead of struggling to change this rotten system, we can concentrate on building a world fit for humanity.

“The philosophers have only interpreted the world in various ways; the point is to change it.” – Karl Marx

“Those who do not move, do not notice their chains.” – Rosa Luxemburg, Jewish socialist who played a leading role in both the Polish and German Marxist movements before being assassinated in 1919

Marxism and Science: The Legacy of Richard Lewontin