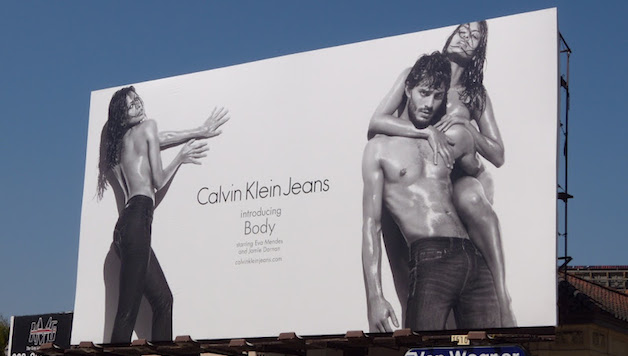 “There’s nothing wrong with me the way I am. However, when I look in the mirror I see a FAT girl named Jennifer. Not ever good enough or right enough or pretty enough.” (www.eating.ucdavis.edu) That’s how one anorexia victim described herself.

The prevalence of eating disorders in the U.S. has reached epidemic proportions, now afflicting 10-15% of Americans. This is no accident, but is the result of a profit-driven culture that overemphasizes physical appearance and idealizes thinness, particularly among women.

The most well-known eating disorder, anorexia nervosa, is the third most common chronic illness among young women (Eating Disorders Recovery Online). Anorexic women suffer from the perception that they are overweight, when they are in fact often dangerously thin.

About 1 of every 10 people afflicted by anorexia will die of starvation, cardiac arrest, or another medical complication of the disease, making its death rate among the highest for a psychiatric disease (National Institute of Mental Health).

Thinness: The Most Important Virtue?

Usually only one body type is presented in the media and advertisements – a very tall, thin, often white woman who generally meets the weight criteria for anorexia as 15% below normal.

Many anthropology and psychiatry studies have shown that eating disorders develop in cultures that emphasize thinness as a socially important value. It is no accident that while eating disorders are rapidly increasing in Western countries, they are practically unknown in Asia, Africa, and many Middle Eastern countries.

Along with thinness, another major cultural myth fostered by TV, magazines, and movies is that a woman’s physical appearance is more important than her ideas or accomplishments. This has led most women (and girls) in the U.S. to be overly concerned about their appearance. One survey of sixth grade girls found that 70% first became concerned about their weight between ages 9 and 11 (Shisslak et al., 1998).

And not only are eating disorders common, but in the past 30 years the number of American women afflicted by eating disorders has doubled. “I think we’re seeing eating disorders in younger and younger individuals…as young as five or six,” states Dr. Ira Sacker, director of the Brookdale University Hospital eating disorders clinic and co-author of Dying to Be Thin. According to Time magazine, 80% of all children have been on a diet by the time they reach fourth grade.

This is not surprising considering that while a teenager in the 1960s saw models that looked more or less like her, nowadays a teenager sees models that weigh on average 20% less than her.

What is to Blame?

A good example of this is shown in a recent study conducted by Anne Becker in Fiji, where television was introduced as late as the mid-1990s. The study found that 83% of people felt TV had influenced their perceptions and thoughts about body image and size.

Advertising is particularly insidious because, in order to convince people to buy things, ads must make consumers feel that what they already have is not good enough. It requires making people feel the constant stress and anxiety of not being “attractive” or “fashionable” enough. Most of the time, even the “beautiful” models are not even considered good enough – photographs are airbrushed or otherwise altered to remove any lines, bumps, or “imperfections.”

As a result, the millions of women and girls who are unable to reach this standard of beauty feel a sense of failure, shame, and guilt. The Harvard Eating Disorders Center reports, in fact, that 80% of women wake up each morning feeling depressed about their appearance.

This standard of beauty and overemphasis on appearance is also promoted by all forms of the corporate media because advertising supports more than 60% of magazine and newspaper production and almost 100% of electronic media. According to the owner of CBS, “we’re here to serve advertisers. That’s our raison d’être.”

The weight-loss, fashion, and media corporations are driven to bombard women with sexist messages that distort women’s self-worth because of the nature of the capitalist system, which forces corporations to constantly expand their markets and sell more products in order to remain competitive and increase profits.

To stop this sick logic of the profit system, we need to start by taking the weight-loss, fashion, and media corporations out of private hands and making them public property under democratic control and management. Only then could these industries begin to serve the public good rather than contributing to a growing epidemic of eating disorders.

Clearly, the hidden suffering of millions of women with eating disorders is not simply a personal problem, but a social one. Eating disorders are fundamentally caused by an alienating culture and psychology shaped by capitalism’s insatiable lust for profits, which turns everything into a commodity to be bought and sold on the market. There can be no serious solution to the eating disorders epidemic without addressing its root cause by sweeping away the entire capitalist system and establishing a new socialist society based on human need, not corporate greed.

An Inoculation Against Pharmaceutical Price-Gouging