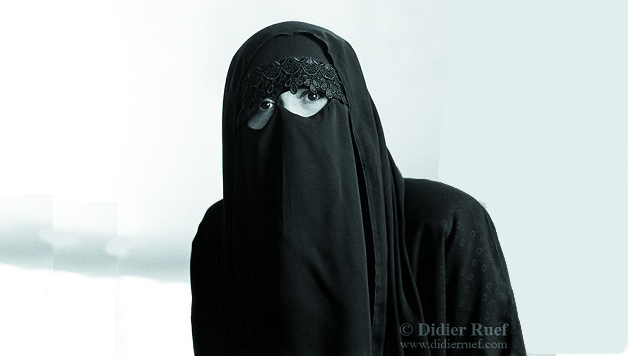 “We would not have succeeded in our mission if we found that, after we set up a new government in Iraq, women in any way are not allowed to participate fully in the society with the same rights as anyone else,” U.S. Secretary of State Colin Powell recently declared.

This year, International Women’s Day falls only a few days before the one-year anniversary of the U.S. invasion of Iraq. Is the U.S. war and occupation of Iraq really bringing “western values” of freedom and democracy to women in Iraq? Far from advancing women’s rights, the U.S. occupation of Iraq has set off a chain reaction of unemployment, rape, and the growth of right-wing political Islam that is dramatically worsening the situation for women.

Millions of Iraqi lives were wrecked by the two U.S. wars and the economic sanctions that destroyed the country’s economic infrastructure. As in every war-torn and poverty-stricken country, women and children constitute the majority of displaced and hungry people. Approximately 90% of casualties in modern wars are civilians, the vast majority of whom are women and children.

Since the U.S. took over Iraq, the U.S. has utterly failed to address the power shortages, sewage floods, lack of jobs, and rampant crime resulting from the wars and sanctions. Many female professionals and public sector workers have lost their jobs, contributing to the staggering 70% unemployment rate. There are no reliable authorities, police, or community public safety committees to stop the massive rise in crime and violence that has resulted from the complete breakdown of society.

“The situation for women is worse now than before the war,” said Eman Ahmed Khammas, director of the Occupation Watch Center in Baghdad. Yanar Mohammed, co-founder of a new Iraqi group called the Organization of Women’s Freedom, agrees: “Organized gangs are kidnapping women, to be exploited and sometimes to be sold. This has created fear and horror for women.” (War Times, December 2003)

Asma, an engineer in her twenties, was randomly abducted on May 18 from a crowded Baghdad street and taken to a farmhouse on the edge of Baghdad, where she was repeatedly raped. She was admonished for wearing trousers and failing to cover her hair, then encased in a hijab (the traditional Muslim headscarf) and dropped off near her parents’ home (The Guardian, 10/12/03).

In some Islamic traditions, once a girl or woman is raped, she has dishonored the family name. Families disown them, beat them, or even kill them because of the shame. Fear of this fate has driven Baghdad’s female population indoors. When schools reopened on October 4, classrooms were half empty, with girls kept home by parents forced to choose between education and safety (The Guardian, 10/12/03).

“Things are a lot worse now. There’s no security. Women cannot go out, cannot express themselves. The veil has become compulsory for Muslims and Christians,” said Sahera Zouhair (State Press, 3/2/04). This situation has forced many Iraqi women to re-order their lives, wearing the hijab for the first time and only traveling with male relatives.

Far from promoting security, the presence of U.S. soldiers is instead promoting the sex industry. According to Equality Now, which has launched a global campaign against the sexual exploitation of women by the US military, “Almost everywhere US troops are stationed, there is a dramatic growth of the local commercial sex industry. Increased demand for prostitution compounds the abuse of women, many of whom are trafficked to supply this demand.”

US military culture is rife with sexism, racism, and homophobia, all of which help dehumanize the “enemy.” In South Korea, for example, there have been more than 100,000 documented cases of sexual abuse by the U.S. military (GABNet, 3/23/03). There are widespread cases of sexual assaults on female soldiers by male soldiers, and it is not hard to imagine that far worse is meted out to Iraqi women.

Women’s Rights Before and After the War
Although Saddam Hussein’s regime was a brutal dictatorship, its policies toward women were more progressive than many Middle Eastern governments. In the 1960’s and ’70s, for example, Iraq enacted mandatory education for women and equal pay for equal work, and by the 1980’s women constituted almost 40% of public sector workers (War Times, December 2003).

Hussein permitted women to attend universities, hold government and ranking private-sector jobs, and eschew the hijab. The Iraqi personal status laws, which date back to 1959 (before Saddam Hussein’s regime), prohibited marriage under the age of 18 and denied favoritism to men in inheritance, divorce, and child custody. These rights were won in the 1959 Iraqi revolution, which overthrew the British puppet, King Faisal. The great fear in Iraq now is that the U.S.-appointed Iraqi Governing Council (IGC) or a future government will roll that progress back.

The Rise of Right-Wing Political Islam
Rather than the U.S. occupation improving the situation for women, Iraq now faces the danger of theocratic rule and sectarian civil war. The fall of Saddam’s regime has left a power vacuum that is rapidly being filled by right-wing political Islamist groups, who have moved to solidify their political power. In some cases, right-wing Islamists have entered schools and workplaces to insist that by the next day every woman must wear a veil.

The Bush Administration’s and IGC’s draft temporary constitution makes Islam the official state religion. Although the role of Islamic law was limited to “a source” of Iraqi law instead of “the source” as fundamentalist forces demanded, the right-wing clerics made sure that the constitution said no law would contradict “the universally agreed upon tenets of Islam.” (ABPNews, 3/1/04)

The IGC passed Resolution 137 in December, abolishing the secular legal code and allowing each religious group to apply its own tradition. This resolution sanctioned forced early marriage, compulsory religious dress, wife beating, execution by stoning as punishment for female adultery, and public flogging of women for disobeying religious rules.

Resolution 137, however, was repealed under pressure from Iraqi women, led by groups like the Organization of Women’s Freedom in Iraq (OWFI), and bolstered by women’s solidarity worldwide – a testament to Iraqi women’s determination to fight for their rights despite the U.S. occupation and the rise of right-wing Islamic forces.

U.S. Imperialism
U.S. imperialism bears direct responsibility for the rise of right-wing Islamic political groups in Iraq. Iraq was overwhelmingly secular until its social fabric was destroyed by two U.S. wars and 12 years of sanctions. The occupation is only exacerbating this social crisis, fueling a deep sense of desperation and national humiliation among the Iraqi people. On the basis of capitalism, Iraq faces the horrific prospect of reactionary clerical rule and ethnic conflict, in which women will inevitably be the primary victims. That’s why the fight against sexism in Iraq must be linked with the struggle to build a powerful anti-capitalist movement of workers and poor people.

Despite all the rhetoric of “women’s rights” and “liberation,” the U.S. has propped up the brutal Saudi regime, an extreme theocratic monarchy where women are denied the right to vote or to go outside without a male escort. The U.S. also supports the Pakistani military dictatorship, a government that punishes homosexuality by death.

The U.S. government is not the friend of women in Iraq, and the struggle for women’s rights cannot be separated from fighting to end the colonial occupation.

U.S. imperialism is clearly not a force for progress for women around the world. In fact, it is the main enemy of women, as well as working-class and poor people everywhere. As the founders of International Women’s Day understood, the fight against sexism is integrally tied together with the struggle against imperialism and for a new, socialist world.